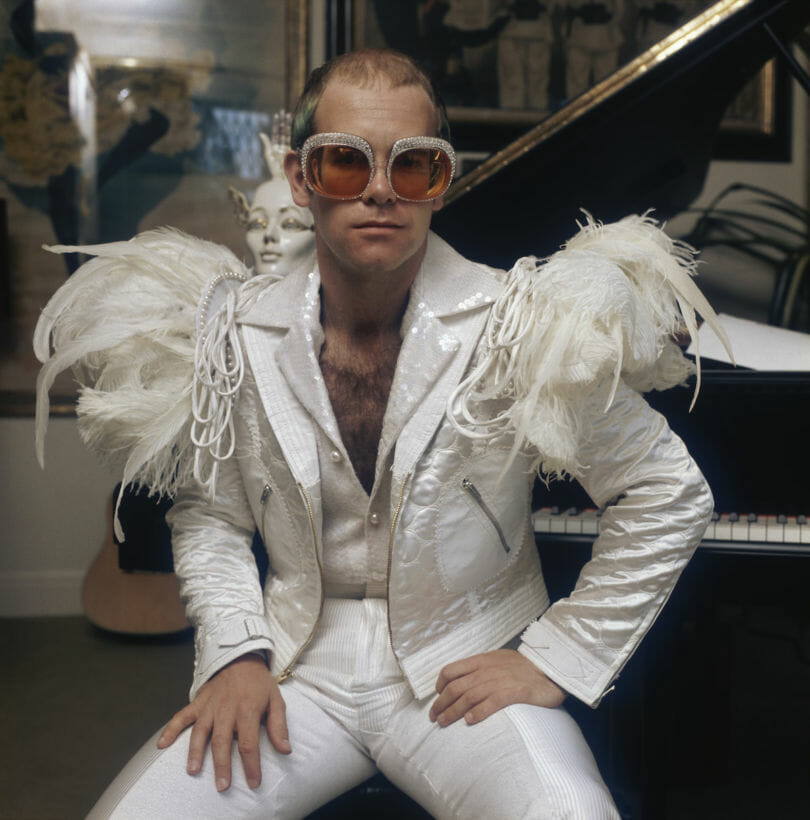 (Photo of Elton John in a white suit with feathers and rhinestone encrusted glasses, circa 1973, by Terry O’Neill, Image Via)

You know things are getting bad when the Elders have to step in and say something. Obviously, we haven’t got it all figured out like we think. But you know we’re doing something wrong when a legend like Sir Elton John has to intervene.

The famous 71-year-old says in a BBC interview that he wishes people would write better songs nowadays. In conglomerating with several different writers, an artist most possibly could lose the “soul and the skill of writing”, as he puts it.

He claims that the artists who “write the real songs are going to have the biggest future.” And the two people who he has faith in are Stormzy, due to his beautiful singing and “ability to use his voice”, and Kendrick Lamar, for his “combination of the fabulous bit of rap and the song coming in.”

Check out the interview for yourself:

Kendrick’s definitely got some bars, and Stormzy can sing his mic off. What’s lost in music today is the soul behind it, something that almost every song from back in the day had.

Here’s Stormzy’s video, so you can see exactly what Sir Elton John means:

At least all hope is not lost and that we can still put our faith in Stormzy and Kendrick. Who knows? Music takes all kinds of directions, fitting in wherever it can like water. Hopefully, music will go back to being soulful and people won’t be afraid to feel again. Let’s reverse some of this emotion-numbing music that blasts from our radios nowadays.