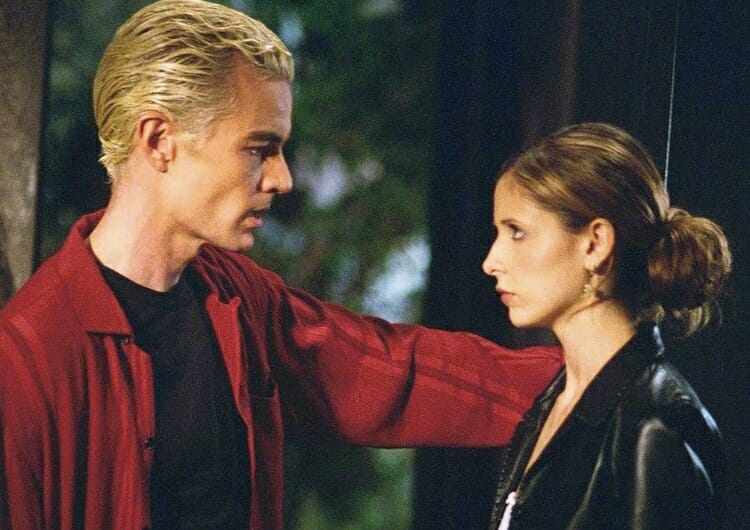 As we know, Sarah Michelle Gellar stars as Buffy Summers in the supernatural drama series “Buffy The Vampire Slayer.” In Hollywood, the pressure of conformity and accepting situations for what they are to entertain and please the public have prevented celebrities from speaking out about their concerns.

Thankfully, Gellar is courageous enough to subtly explain why she refuses to show her children the rape scene in season 6. In a recent interview with The Hollywood Reporter, Gellar told the outlet that she decided to rewatch “Buffy The Vampire Slayer” with her children since they were older and more self-aware to express interest.

In addition, Gellar further mentioned that her family only watched seasons one through five since her children developed an attachment to Buffy’s romantic partners while viewing the series.

For instance, Gellar’s son Rocky (10), is a fan of Spike, whereas her daughter, Charlotte (13), is a fan of Angel. As we grow older, we realize our actions in the past, including the actions of others, have a prominent effect on the youth, which is why as a mother, Gellar chooses to protect her son’s perspective of Spike and her daughter’s perspective of Buffy by not allowing them to see the rape scene and Buffy’s downward spiral the last two seasons of the series.

Spike, portrayed by James Marsters, was Buffy’s acquaintance and lover. According to the National Sexual Violence Resource Center (NSVRC), 51.1% of female rape victims are raped by an intimate partner, and 40.8% by an acquaintance.

The statistics provided by NSVRC are important because they intertwine with the viewer’s outrage and feelings of betrayal. During this time, social media was on the rise, allowing individuals to virtually voice their opinions. The negative backlash contributed to the series network switch from The WB to UPN.

Do you think the attempt to normalize traumatic rape scenes in popular movies and television series have played a vital role in the increase in sexual assault and harassment? Well, we can’t technically prove that it does. But we can confirm that it affects viewers, actors, and actresses mentally. In 2017, during an interview with Vice, Marsters told the outlet that the rape scene with him and Buffy caused him to go to therapy.

“We did traumatize the audience, maybe a little too much. I’ll now routinely turn down roles with rape scenes in them. Not again.”

You can find horrifying rape scenes in numerous popular movies and television series. Why is that? What makes sexually assaulting and harassing women popular? Rape is a very serious subject. The experience haunts individuals who have reported rape or acted in a rape storyline. So why not ban the context from the media? This is where controversy in entertainment goes wrong. Yes, viewers enjoy controversy and drama. However, women being raped shouldn’t be the highlight of an episode, series, or film.

In this article:Buffy the Vampire Slayer, Entertainment, TV & Film