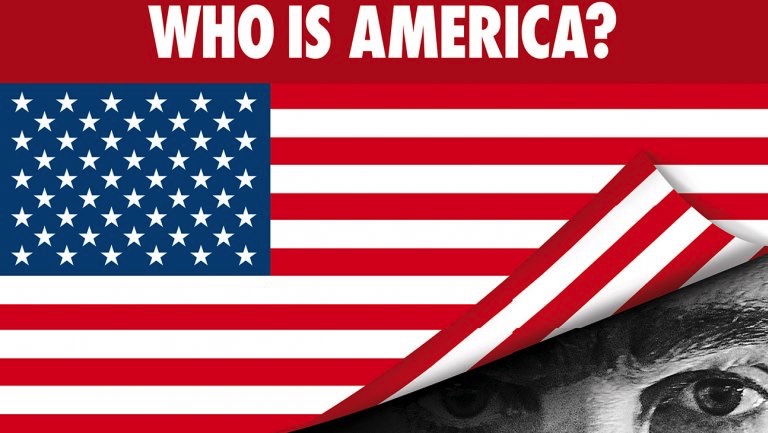 Sacha Baron Cohen is arguably one of Hollywood’s biggest satirical trolls. He loves getting people riled up only to dupe them into making incredibly idiotic choices. Cohen’s new show Who is America? centers on this very technique and reveals dark undertones about people’s true reactions to certain situations.

Luckily for all of us, the best parts of the show have been released on the Internet. Bored at work? Trying to drown out your professor? Simply looking for comic relief? Take a look at clips from Cohen’s show, and we promise you will not be disappointed.

In a recent new episode, Cohen went to Kingman, Arizona to speak with residents and teach them a life lesson or two. He told the locals that a huge investment was coming to the city. Not only would the investment create a multitude of jobs, but it would also bring large economic growth to the town. Residents were openly ecstatic about the news initially. Joy quickly turned to animosity, however, when they were told the investment was a state-of-the-art mosque.

Take a look at the clip below. You honestly will not believe your eyes.

Like most everyone who is highlighted on the show, the town of Kingman had to scramble and write an apology for their poor and insensitive conduct. Though the citizens of Kingman claimed they were tricked by Cohen – a valid explanation – it still gives them no excuse for racist behavior.

Here is what the city had to say:

“Every city has resident voices that challenge respect and dignity for others. They are wrong and unfortunate. That was no exception on Sunday’s Who is America? show on Showtime in which an actor baited purported residents to vociferously oppose a fictitious, supersized mosque in our city.

Another in the audience also stated negative feelings towards African Americans. No matter the instigation or that numerous “focus group” participants don’t even live in Kingman, the show’s characterization, in the words of one member of our Kingman city council, “broke her heart”.

Why? Because our community has made great strides to erase previous perceptions. We do have a mosque. We do have a robust Latino community. We do welcome tourists from all over the world, especially more and more from Asia fascinated by our Route 66 history. We do have African Americans applying for leadership positions with the city. This is the Kingman of today, not of yesterday.

Shrugging this off is not going to be us. We’re going to use this opportunity to keep moving our community forward with the help of many community stakeholders including the Kingman Interfaith council.”

A great apology, but it doesn’t quite undo the damage of the racist remarks. But if Cohen’s show is what it takes to get the residents of Kingman to change their attitudes and views, then so be it. Satire is meant to be a social commentary and create change, and it seems as though Sacha Baron Cohen is doing his part to help all of us stay aware and respectful.

Click here to see other recent targets of Cohen’s shenanigans.  You’re going to enjoy this.