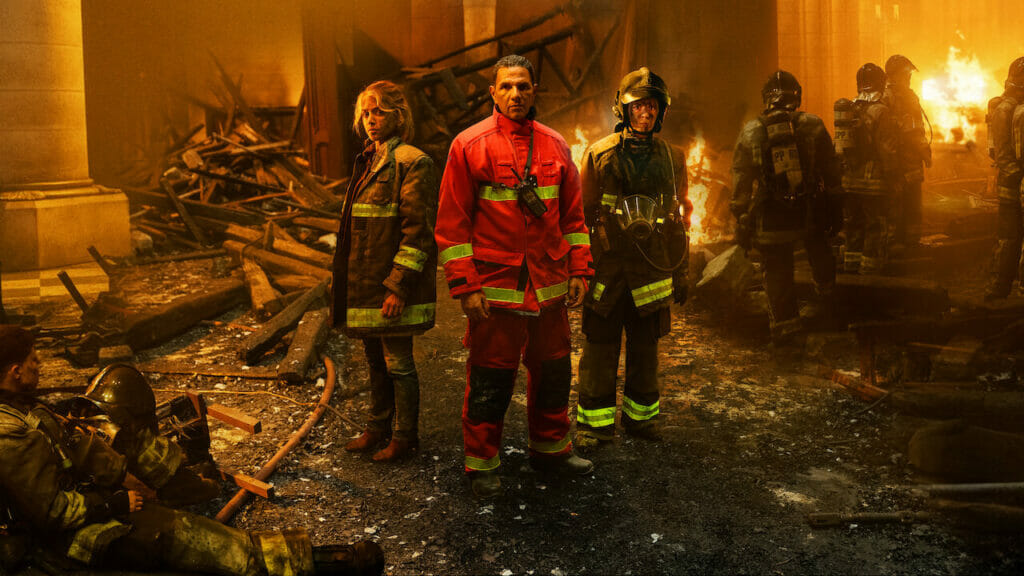 In April 2019, a devastating fire broke out at the famous and iconic Notre-Dame cathedral in Paris, France. Unfortunately, even though firefighters tried their best to put it out, the fire still damaged the building extensively. Now, a new Netflix limited series aptly titled Notre Dame will tell the story of the Paris firefighters who fought so hard to keep onto what was left of the city.

The show’s director, Hervé Hadmar, developed this emotionally resonant French television drama. Hadmar also wrote the script for the show, rated TV-MA for substances, language and smoking. The show might not be suitable for anyone under 17.

The limited series follows the many men and women affected by the Maison Notre Dame explosion on that fateful night in 2019. Mostly, the series focuses on the firefighters who tried to prevent the flames from spreading beyond the hallowed walls of Notre-Dame Cathedral

Here is the official plot synopsis, courtesy of Netflix:

This television series takes place on the night that Notre-Dame was destroyed. It’s about the destiny of men and women who have their fire.
As the Paris firefighters try to stop the flames from spreading in the Cathedral, the show also follows characters being put through some tough times–they will have to fight each other, love each other, come across each other, hate each other, smile at or help each other so they can finally start all over again.

The show has six episodes total, and each is almost a full hour in length.