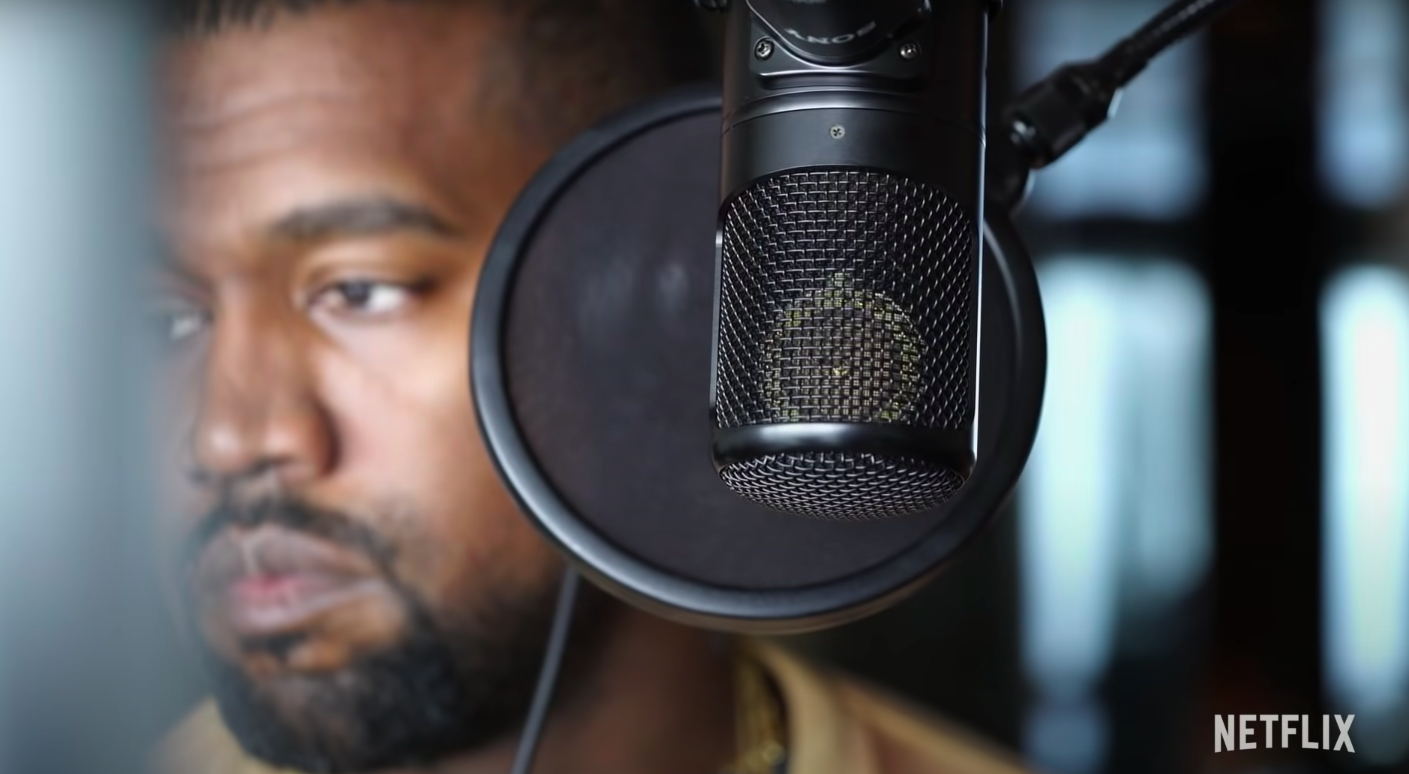 Jeen-yuhs, a three-part documentary following American rapper and producer Ye (formerly known as Kanye West) releases on Netflix on the 16th of February. The documentary, created by duo Coodie Simmons and Chike Ozah, has been in the works for decades now.

Simmons and Ozah, who directed West’s first music video, ‘Through the Wire’ have known him for over two decades now. The film spans much of this period, following West through all his eras and albums. The documentary is split into three parts: ‘Vision,’ ‘Purpose,’ and ‘Awakening.’

Within the documentary, both seen and unseen moments are covered. The viewer is let into the room in 2002 when West was told his jaw might never be the same following his near-fatal car crash. We see him crying at the dentist, and are let into personal moments with his late mother, Donda West.

For both fans of West and casual viewers, jeen-yuhs allows you into a personal and multifaceted portrayal of someone frequently in the public eye.

What can we expect from jeen-yuhs?

Initially, this documentary was in talks to release way back in 2006. Luckily for viewers, Simmons and Ozah continued to film, and now have an additional fifteen years of content to sift through. They reportedly had over 300 hours of footage that had to be cut down to a reasonable time length.

Ozah has said that they aimed for this documentary to divert from the traditional documentary style. Instead, the two filmmakers aimed to create a narrative arc resembling that of a hero to structure jeen-yuhs.

West has famously had many highs and lows across his career, so this parallel isn’t an unexpected one.

How did the film get made over such a long period of time?

While West is the centre of this project, his involvement within the greater creation of it is an interesting topic. Simmons and Ozah began filming for this project way back in 2002—and knew West even earlier before this. Yet they became separated from West in the mid-noughties as West’s career hurtled into newfound levels of success.

Then, in 2014, West got back into contact with Simmons and Ozah via Common. He asked them to come back to ‘be [his] voice.’ This gave the filmmakers the opportunity to get back to work and create the documentary that is now finally seeing the light of day.

Was West involved in the creation of the film?

While West’s specific request for Simmons and Ozah to be his voice may be enough to convince people this documentary is in some way influenced by West, there are other issues that bring this question into the public consciousness.

The documentary has gained a lot of talk online after West posted (and then deleted) screenshots of messages between himself and the filmmakers. In these screenshots, West appears to be demanding access to the edit room. In one, he even appears to be suggesting that Drake should narrate the films.

Yet, in an interview with Vice, Simmons maintains that there was no pushback from West. Nor was he ever let into the edit room. This allowed a level of creative control that was essential to Simmons and Ozah.

Their work appears to have paid off. Since the most recent trailer dropped on January 10th, over one million people have viewed it. When the viewing figures come in after the documentary has dropped, I imagine we’ll see impressively high numbers.

West’s impressive career, plus the amount of times he appears in the news (think: claiming Kim Kardashian thinks he put a hit out on her) is likely to draw in viewers from all walks of life when the documentary drops on the 16th February.