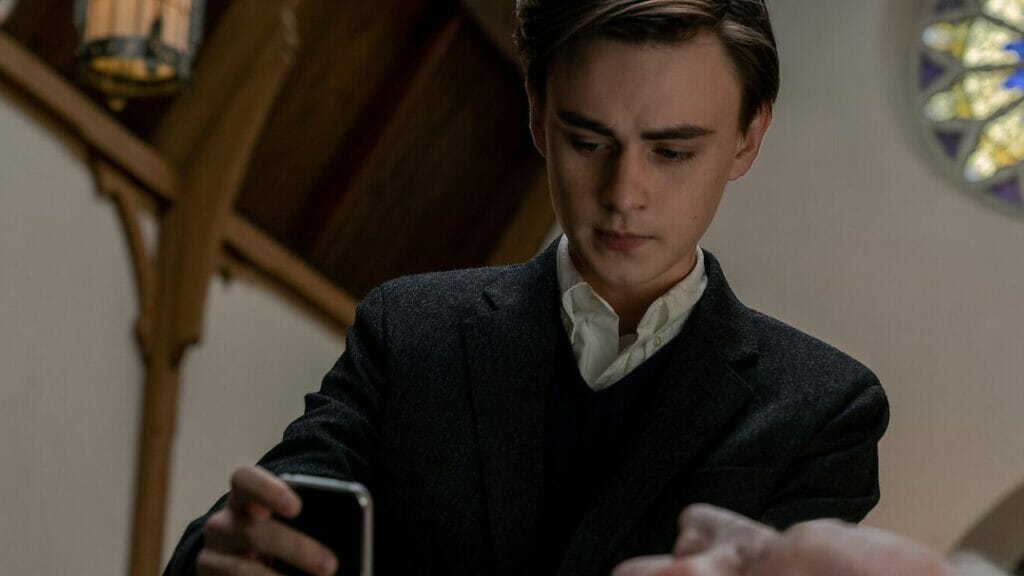 One of the most recent movies on Netflix is Mr. Harrigan’s Phone. A Stephen King story turned into a movie, and the story is about a reclusive billionaire (Mr. Harrigan) and a teenager who befriends him.

With the collaboration of The Blind Side writer and director John Lee Hancock, a project by Jason Blum from Blumhouse Pictures, and Ryan Murphy to bring Mr. Harrigan’s Phone to life.

Mr. Harrigan’s Phone is set in the early 2000s when iPhones first arrived on the scene and changed virtually everything. Craig gets his first iPhone, and not long after, he buys one for his elderly friend Mr. Harrigan.

Craig found that using their phone was the best way to connect with people from the past, but when Mr. Harrigan passed away, Craig received texts and calls on the phone from beyond the grave.

Mr. Harrigan’s Phone 2: Will there be a sequel on Netflix?

The original Mr. Harrigan’s Phone movie was already shortened to keep the film’s runtime within an allowable time frame, so a sequel would need to take an entirely new direction.

The market for adaptations of books is saturated, and it does not make sense for Netflix to adapt more stories from this particular book.

Would you watch Mr. Harrigan’s Phone 2 if it got made? Let us know your thoughts in the comments below.