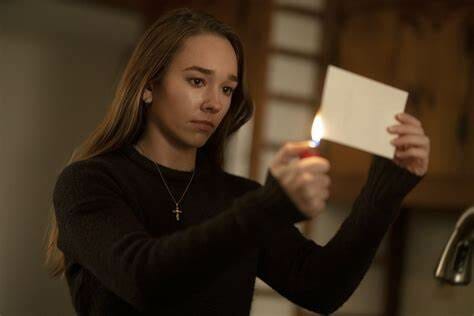 Manifest season 4, part 1 was out on Netflix on November 4th, and viewers quickly dived back into the 8/28 mystery. If someone is curious about Holly Taylor and wants to learn more about her or just fancied a refresher, they are in the right place.

Holly is a Canadian-American actress who plays the role of Angelina Meyer, a Flight 828 passenger who joined this series in season 3 and played a crucial role throughout the season. She recently turned 25 years old and celebrated her birthday on October 31st.

This 25-year-old Manifest actress stands at about 5 feet, according to CelebHeights, but on her IMDb page, her height is around 5 ft 3 inches. She did not publicly comment on her height, so now we can only assume that she’s somewhere in that range.

Those trying to know more about the young actress can follow her on Instagram under the handle @holly_taylor. The Manifest actress holds a significant social media presence and often posts pictures and videos about her time on set and images from her day-to-day life.

Although many will recognize Holly’s face from Manifest, the young actress already has an outstanding acting resume. According to IMDb, Holly already has 17 acting credits assigned to her name, and she has worked in the popular series The Unsettling, The Good Doctor, The Americans, and others.

For more similar updates, please refer to our website.