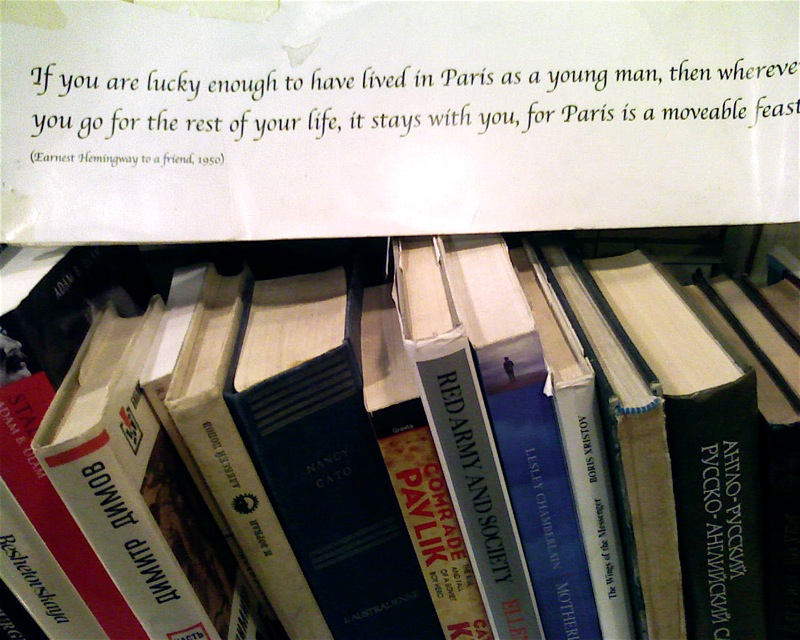 If you are a lover of great literature, then get ready for this latest  TV show based on a novel. Ernest Hemingway’s work ‘A Moveable Feast’ is set to hit screens in a new series.

Hemingway’s granddaughter, Mariel, is a part of the creative team bringing this book to life. Hopefully that means there will be a lot of accuracy and truth behind the adaptation. Hemingway wrote ‘A Moveable Feast’ based on notes from the 1920s when he was a journalist in Paris.

As well as the great writer, we are expecting to see other notable literary figures. In the book Ernest encounters Gertrude Stein, F. Scott Fitzgerald and his wife, and James Joyce, amongst others. Also, he is married to Hadley Richardson in the novel, his first love. This  will bring a great romantic element to the new show.

After the 2015 terrorist attack in Paris, ‘A Moveable Feast’ took on a new role in the modern world. It inspired hope and love for France’s capital in a time of despair. This TV adaptation will invite a new generation of people into the role Paris had to play in a lot of great literature.

Mariel Hemingway had this to say about the project:

“‘A Moveable Feast’ has been my favorite book since I was 11 years old when my father took me to Paris. While reading the book together, he showed me where Papa lived (and daddy was raised) ate, wrote, and dreamed of becoming a great writer. His deep love of my grandmother Hadley and his growing passion for art is an inspiring time at the beginning of his iconic career. I want to reveal on film the coming of age story that has captivated readers and burgeoning writers for several decades.”

There isn’t too much information about the series as it has just been commissioned. However, we do know that Village Roadshow Entertainment Group (VREG) is producing. Mariel Hemingway, John Goldstone, and Marc Rosen are the only people attached to the project right now. We cannot wait to hear news on casting and locations for this great literary series!

Also, check out how Emma Watson was hiding literature around Paris for people to find!