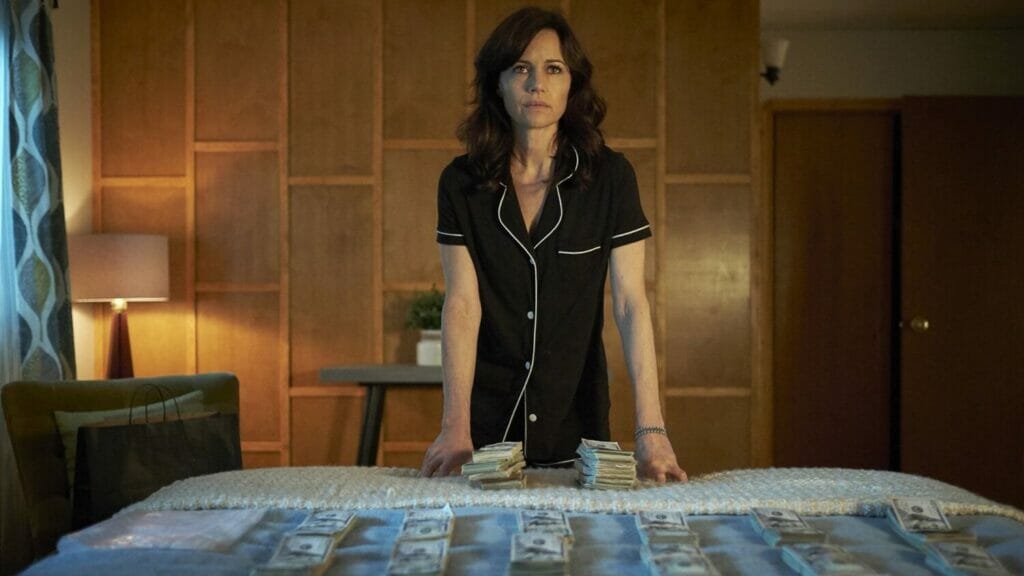 Peacock is going to add an action-packed series premiering this week. The trailer to Leopard Skin teases huge mysteries, plenty of action, and fun performances on their way.

The new streaming platform Peacock has been on a roll this year, and we are genuinely here for it. From documentaries to comedies, the service has quickly made a name for itself and is releasing content giving other platforms some tough competition.

Peacock recently released The Calling for viewers who are fans of little supernatural mystery and will premiere Casey Anthony: Where the Truth Lies. This will for sure be a controversial doc among audiences. However, another series to look out for is Leopard Skin.

What is Leopard Skin about?

The series is about a gang of criminals looking for shelter after a heist goes wrong. They eventually reach a beautiful beachside estate in Playa Perdida, Mexico. Alba and Batty, the homeowners, are not as innocent as they appear, and neither are their dinner guests or housekeeper. Soon, a series of secrets, betrayals, and shocking reveals comes up.

How many episodes are in Leopard Skin?

The series’s first season consists of eight episodes, with a runtime of 30 minutes each. And viewers can also binge through this adventure. All eight episodes will become streaming on November 17th exclusively on Peacock.\