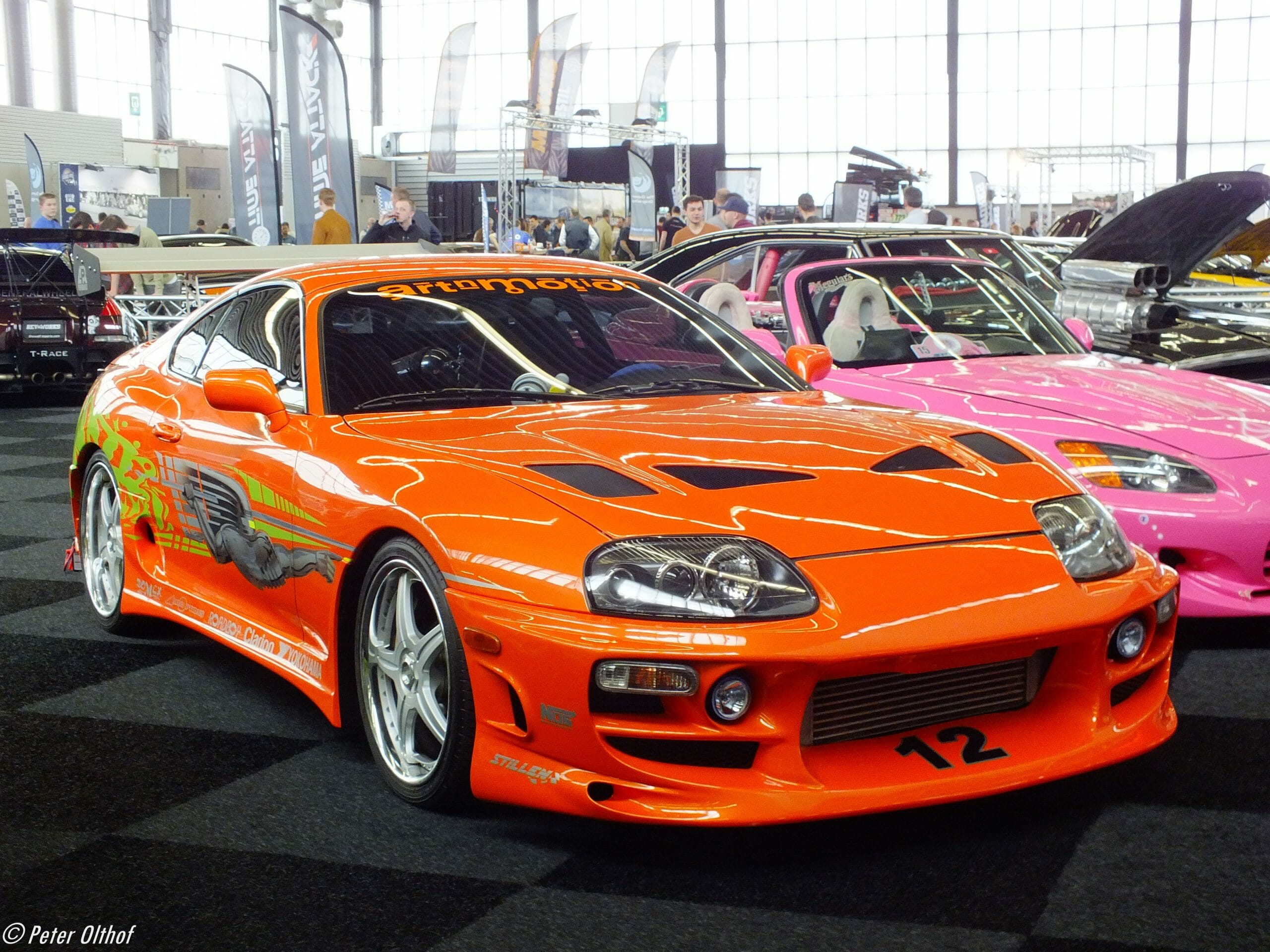 Iconic Toyota from The Fast and The Furious Films made famous by Paul Walker is due to be sold at auction in June.

The Fast and Furious franchise, is a global institution at this point. You’d be pressed to find a single person on planet earth that hasn’t heard of Dom and his merry band of motorheads. Over the past few years the franchise gotten a touch out of control, the next film in the saga (Fast 9) is planned to be set in space.

In 2013, the cast, crew and fans across the world took a massive blow when beloved actor and lead protagonist Paul Walker died at the age of 40 as a result of a head-on collision with a concrete lampost after leaving a charity event in November that year. The car crash also took the life of 38-year-old Roger Rhondas who was driving the vehicle at the time.

Now after 20 years since the first film in the franchise was released, Paul Walker’s original Iconic 1994 Toyota Supra is going up for auction. The unmistakle orange supercar was featured in the original The Fast and The Furious as well as its subsequent sequel 2 fast 2 furious and featured heavily as Brian O’connor’s (Paul Walker) set of wheels.

The vehicle features so custom decals along the side ripped straight out of your 90s Need For Speed garage. It’s certainly of its time but its abrasive orange and speed racer detailing is what gives the car its iconic place in movie car history.

It is set to be auctioned next month as one of the main acts at Barrett-Jackson’s annual Las Vegas auction and given the significance of the franchise and Paul Walker himself it will no doubt rack up a hefty sum.

Jackson has provided a description for the car and details as follows.

“The car was built by Eddie Paul at The Shark Shop in El Segundo, CA, for the first movie and brought back and modified by the original builder for its role as ‘Slap Jack’s Supra’ in the sequel. […] the Supra features a Bomex front spoiler and side skirts, TRD-style hood, APR aluminium biplane rear wing, and 19-inch Dazz Motorsport Racing Hart M5 Tuner wheels.”

The legendary car saw Walker’s character race to victory on numerous occasions before passing on the baton to fellow lead Dominic Toretto (Vin Diesel) at the end of the first film.

Very few of us will ever hope to get our hands on the sports car along with any number movie vehicles. For reference a stunt car from franchised was auctioned off for $185,000 which I don’t know about you but I don’t just have that lying around in my wallet.

But anyone for anyone with the big bucks to spare keep your eyes peeled come this June!