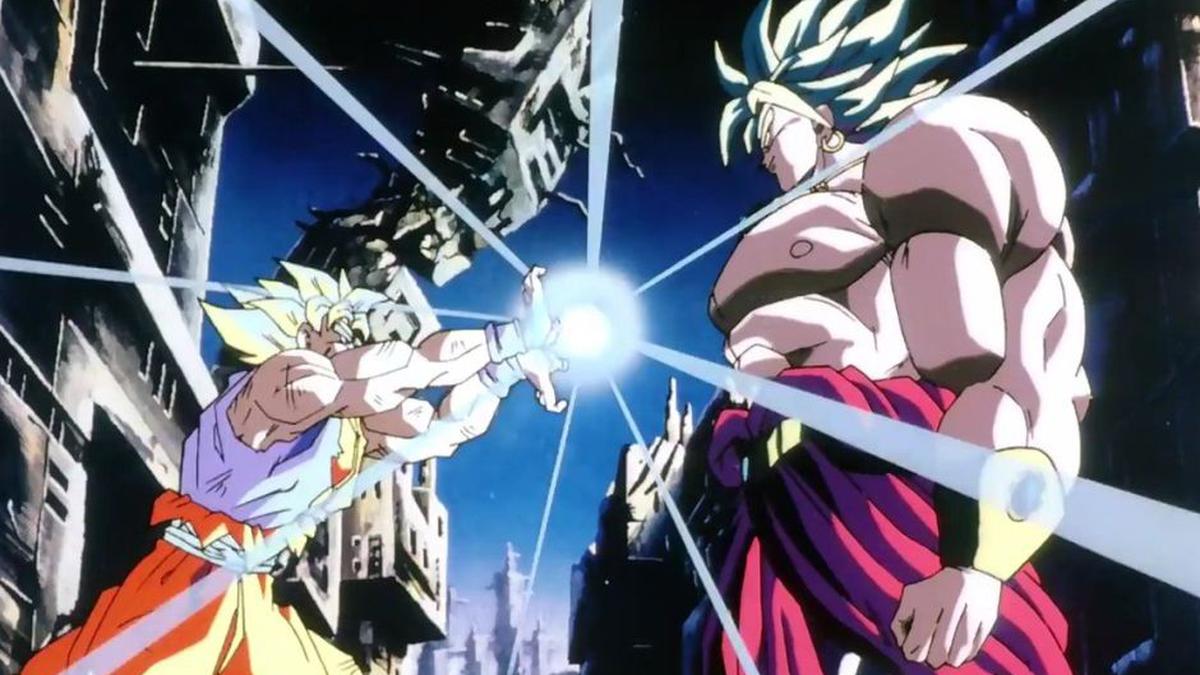 After four years of hard work, Naseer Pasha published the animated short film Legend – A Dragon Ball Tale on his YouTube channel, Agent Mystery Meat. Pasha alone was responsible for the animation, storyboards, and direction, which is part of why it took so long. But given all the attention to detail, I’d say it was definitely worth it.

Legend has a very Studio Trigger feel to its style of animation, and I think it’s a great way to modernize the series were it ever to be remade in the future. It retains the sheer impact and scale that I felt watching the series as a kid but combines that with modern choreography and far more detailed frames.

It may look like a simple retelling of known events until it nosedives straight into Super Saiyan insanity. The film opens with a written preface, dedicating the film to Akira Toriyama and to the fans of the series. It takes place during the events of the original Dragon Ball manga run when Goku meets (and fights) his soon-to-be wife Chi Chi at the World Tournament. Legend doesn’t just sport its own character designs and unique art style, but it has entirely new lore that longtime fans are pleasantly surprised by. In this version of the Dragon Ball universe, the Saiyans never had their planet destroyed. From the brief look we get at Planet Vegeta, the homeworld of some of the main characters, it looks like the empire is thriving. This by itself wasn’t enough to excite me – the idea of the Saiyans never having been subjugated has already been explored for decades.

What caught my attention was Vegeta’s introduction. Rather than being introduced as the famous Prince of All Saiyans, a dynamic title pops behind him as he stands in front of the main characters: “Vegeta – New King of the Saiyans.” The film is very Vegeta-centric, which I understand since the biggest fan complaint is that he serves as nothing but a punching bag for villains to look tough. I’ve never been that much of a Vegeta fan, but the rewrite turned him from arrogant to self-confident so it really made me root for him.

The antagonist of this short film is of course our third favorite Saiyan from the series, Broly. Legend wastes little time with him in his base state. Everyone knows him from his signature green-haired form, so he mutates into it right after his dynamic title appears. The film takes the most iconic aspects of him and combines them. His scars, aura, and hair are taken from his most recent look in Dragon Ball Super: Broly, while the rest of his design is taken from his very first appearance.

Goku himself was sent all the way back to his roots for his moment in the spotlight. Broly breaks Chi Chi’s arm since she tries to help Vegeta. And by this point, we all know exactly what’s going to happen. Goku’s face contorts full of rage. His hair flares up and he balls his hands into fists. Lightning strikes around the tournament grounds. It looks exactly like his very first Super Saiyan transformation – until he leans forward, screams fire from his mouth, and his skin turns red. He finally gets a dynamic title of his own: “The Savior from Heaven, Son Goku.” He now moves like a quadruped, combining this with his aerial kicks to make short work of his opponent. This form was directly inspired by Goku’s own inspiration, the Monkey King Sun Wukong. It, along with the dynamic title, ties back into that mythological tone that the series had in its first three to four chapters.

Every part of the Dragon Ball fandom got an exciting shout-out in nothing but 12 minutes. I wanted more from this universe right after that YouTube video ended.

The Future of Fandom

Modern anime fandoms are a mess, riddled with controversies concerning character designs, sexualities, the immortal sub vs. dub debate, and so on. Attack on Titan mangaka Hajime Iseyama was sent online death threats over his (admittedly out-of-left-field) final chapter. I agree with the sentiments that there were character assassinations and horrible dialogue choices, but early on there were too many instances of people forgetting to separate the art from the artist.

Spy x Family also was somehow the subject of controversy on Twitter because of fanart of an aged-up Anya Folger. There were a lot of accusations thrown around about sexualities and attraction to minors, but as always, Twitter seems to be a magnet for controversy when it comes to any and all fandoms.

The reason I’m so happy that Legend came at the time it did was that it doesn’t concern itself with making any radical changes to the cast’s looks or personalities. But because it chooses to do nothing but rearrange some events in the timeline and have fun with some cool easter eggs, it’s also become one of the most fascinating potential alternate universes to explore, if Studio Stray Dog and Naseer Pasha ever choose to continue it.

Older properties like Twilight have already been witnessing revivals through alternate takes on the original stories. In the gaming community, one of the best examples of this happening was the Undertale game and its absurd number of alternate universes. That fandom is insane, and getting into it would probably take an entire article of its own. Let’s just say it got so involved that people made entirely new games and animations out of these fanmade universes, and then made more fanmade universes out of those fanmade universes. And then they made games and animations for those, too.

With this short film making major waves on YouTube, I sincerely hope that it paves the way for the rest of the anime community to reach the levels of dedicated creativity that, say, the Undertale fandom has. Fans building off of themselves and supporting new projects through crowdfunding efforts. Adding to their lore and branching off each other’s universes in an endless loop towards higher and higher quality. With that, even if a portion of fans are unsatisfied with the way a canon series is going, they would have potentially hundreds of alternate paths to choose from. The possibilities are endless – and that’s what excites me the most.