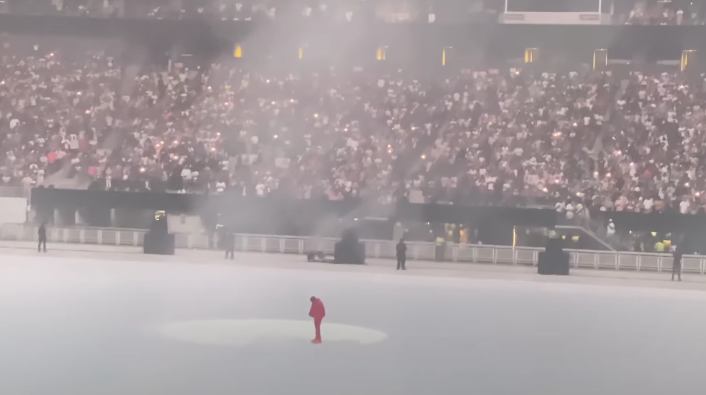 A man stands motionless in a white ring; strikingly clad in all red he appears entranced as he looks up to the sky as tens of thousands of white orbs glow around him. Only it’s not just a man, it’s Kanye West. Yeezy, they call him; and they are not orbs but rather the beams of flashing light coming from the phones of the disciples who have come to see their deity ‘perform’.

The scene described is the listening party of Kanye’s highly anticipated tenth studio album Donda, a homeage to his late mother who passed away in 2007. The artist, who is reportedly living in Atlanta Stadium whilst he finishes the album, is keeping fans dangling in anticipation of it’s drop.

Last Thursday’s well-publicized event broke the Apple Music Global Livestream Record; West entered the stadium head-to-toe in Yeezy, the bold red of his outfit contrasting the eerie glow of the white-lit stadium. For the majority of the event, the rapper who didn’t have a microphone stood still or knelt down and barely addressed his fans (who had paid up to $100 to attend). It wasn’t just ticket prices which were expensive; fans took to social media to complain about the ridiculous price of snacks ($50 for chicken tenders??? I’d want them to be cooked by Colonel Sanders himself). Someone was even selling a bag of air from the event on ebay for $10,000.

Is It All Just Hype?

Kanye West is the personification of hype culture, a phenomenon which has always been around in one form or another. It’s a sub category of celebrity culture but with an added sense of hysteria. On paper, the spectacle of Kanye’s listening party seems enticing; in reality the event was nothing more than a style over substance PR stunt designed to generate attention and maintain the level of frenzy around the artist.

It seems that today’s manifestations of hype culture have exceeded the need to be entertained with actual music; the yearn to interract with the artist you have paid to see. For the tens of thousands of adoring fans, do they go to see Kanye West perform, or is the desire to be part of a viral moment watched through the lens of of an iphone enough?

Kanye West is all too aware of the hype surrounding him, it’s how he has built his personal brand. It’s not only with his listening party marketing technique, but also how he portrays himself in the public eye. At the 2019 Innovation Festival he announced his plans to run for president in 2024 under the new name ‘Christian Genius Billionare Kanye West’ (a bit of a mouthful). Furthermore, his controversially-named last album Jesus Is King drew even more of a parallel between himself and God than Yeezus did with track ‘I Am A God’; it’s a way of keeping his name in the mouths of his fans and the hype around the ‘Kanye West’ persona alive.

It comes to a point where we must ask ourselves, is hype culture sustainable? Do we want to live in this constant cycle of momentary excitment, only to move on to the next trend shortly after? Or do we deserve more than celebrities who captialize on their success and who charge $100 to barely engage with the audience, leaving them as unsatisfied as their stomachs from the $35 popcorn. Maybe it’s time to say no. 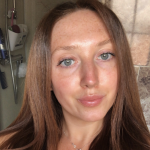