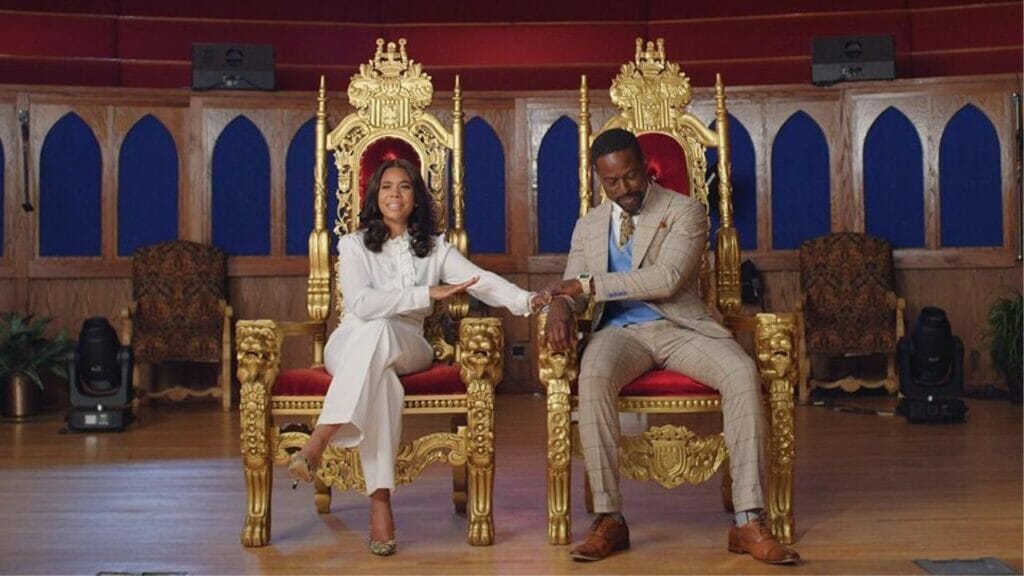 One of the buzziest comedies of the season is Honk for Jesus. Save Your Soul a religious satire starring Regina Hall and Sterling K. Brown.

The film was Directed by Adamma Ebo and produced by her sister, Adanne. Honk for Jesus. Save Your Soul received positive reviews, with critics emphasizing the performances of Hall and Brown. But when will it be available on Blu-ray or DvD.?

Currently, we have two ways to watch Honk for Jesus. Save Your Soul. The film is available in theaters nationwide, so check your local listings or a third-party app like Fandango. The film is also ready to stream on Peacock.

The film has not received a Blu-ray and DVD release date. However, we can still predict when that date might be by looking at a movie under the same production banner, Focus Feature.

Downton Abbey: A New Era is a Focus Features project that arrived on Blu-ray and DVD on July 5th. It took about six weeks after its theatrical release in the United States. If things play out the same in the case of Honk for Jesus. Save Your Soul. Then it could arrive on Blu-ray and DVD as early as mid-October.

For more updates, keep a close eye on our website.