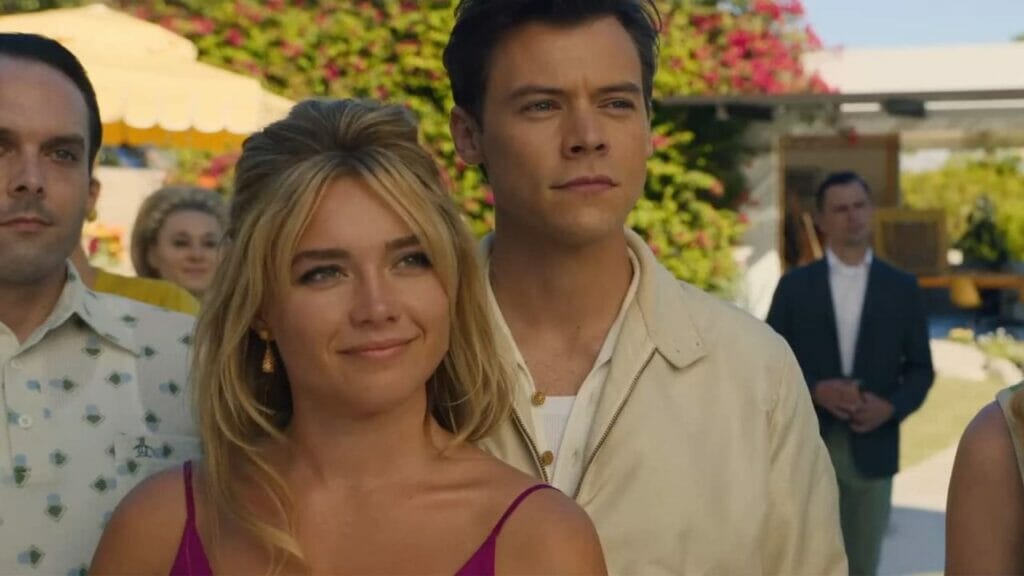 There has been a lot of buzz about director Olivia Wilde‘s Don’t Worry Darling. Viewers are wondering if they would be able to watch this film, starring actress Florence Pugh, on Netflix.

Florence Pugh has been a hit on the big screen, and she shows little signs of slowing down. The actress has impressed her audiences with films such as Midsommar and Black Widow. She is about to play Yelena Belova again in the MCU in the upcoming Thunderbolts film.

However, before that happened, she received considerable praise for her role in Don’t Worry Darling.

This intriguing feature film stars Pugh as a 1950s housewife who figures out something isn’t right in the experimental suburban utopia she lives in with her husband, Jack Chambers. Harry Styles portray the role of Jack. This film also stars Chris Pine. According to The New Yorker, he is said to be the “best thing in the film.”

Katie Silberman has penned the screenplay based on a story written by herself, Cary Van Dyke, and Shane Van Dyke. The film Don’t Worry Darling has a runtime of 123 minutes.

It would have been wonderful to experience this fascinating movie with such a talented cast from start to finish on Netflix. However, it will not happen because Don’t Worry Darling is not an option on Netflix, and it is also unclear if it will ever make its way to the streamer’s lineup.

The subscribers, however, have many similar options ready to stream on the platform. This includes Spiderhead, Bird Box, The Perfection, and Oxygen.