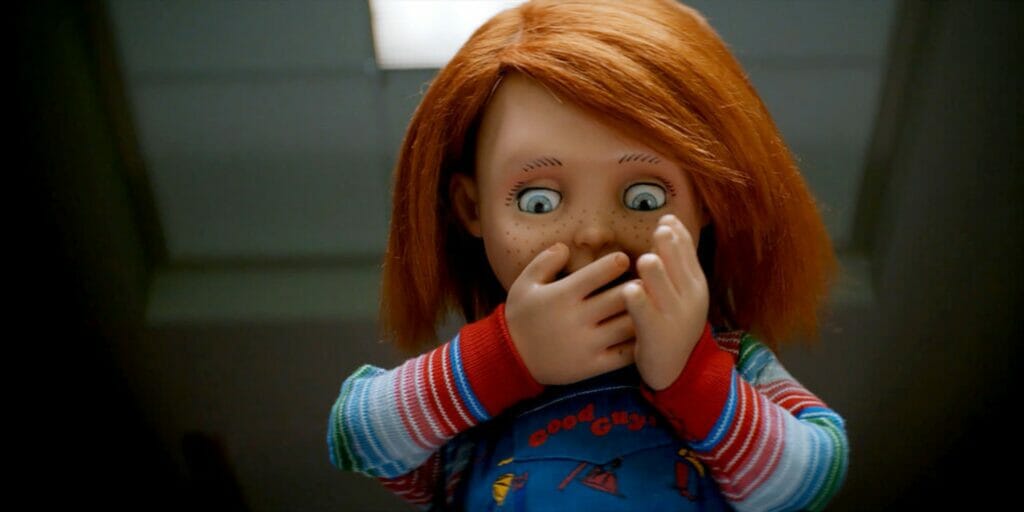 All the horror movie villains have one thing in common: they never really die. For instance- Jason, Freddy, and our favorite possessed doll, Chucky. So that raises the question- will there be a Chucky season 3?

Sadly, there are no official plans for season 3. Syfy has not yet decided about a renewal. However, neither has a cancellation been reported. It’s normal for a series not to get a renewal right after its release, and networks usually prefer to look at the ratings and numbers before deciding about a renewal. That could be what’s happening here. But the numbers are not looking too good.

According to TV Series Finale, Chucky season 2 has averaged a rating of 0.09 in the 18-49 demographic and reached 236,000 viewers in live+same day ratings. Sadly, these numbers fell 37% in the demo and 31% in viewership compared to the first season. Those are some numbers that are tough to ignore. As we all know, Chucky also airs on the USA Network, but things are not great there.

TV Series Finale shares that Chucky season 1 averaged 0.10 in ratings and 250,000 viewers in live+same day ratings. These numbers are 18% in the demo and 20% in viewership.

However, it airs on both networks.

So will these numbers be combined? Will it be deemed enough to renew the series?

You will get the latest updates on our website as soon as it’s out. Stay tuned.