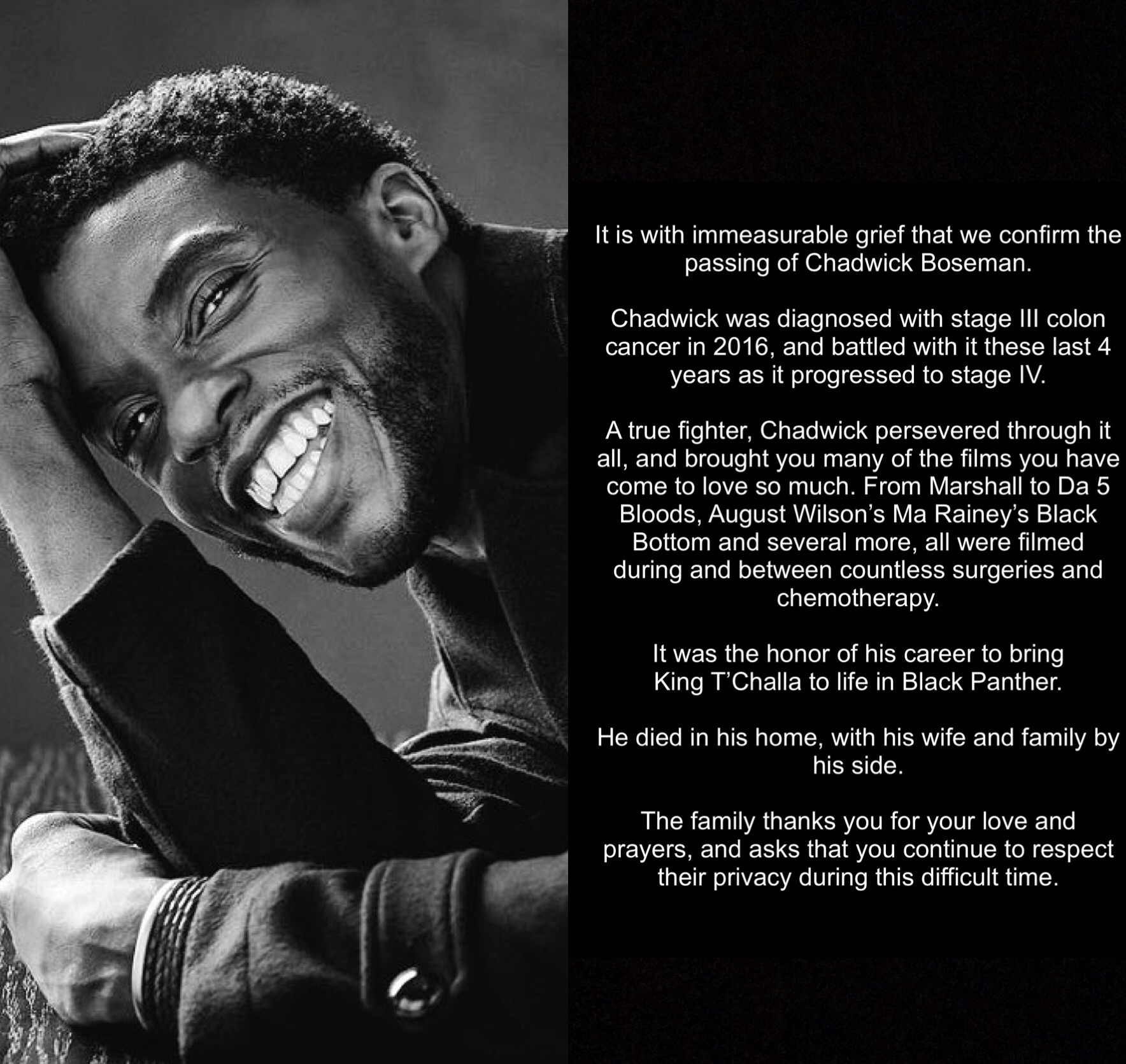 The talented actor sadly passed away after his four year battle with colon cancer on August 28th at the age of 43. To continue his memory fans have been recreating the ‘Wakanda Forever’ sign in tribute to Chadwick and his marvel character Black Panther. Chadwick’s twitter account released this image and statement to confirm his passing.

The post was the most liked in twitter’s history and only speaks volumes to his character and following. After a Belgian GP victory, Lewis Hamilton can be seen paying respect to the late Chadwick.

Tilda Swinton was pictured disembarking the red carpet at the 77th Venice International Film Festival to pay tribute to the actor.

NBA star Lebron James and his teammates are seen making the ‘Wakanda Forever’ sign in Memorium of Chadwick and what he represented in the black community.

As an actor Chadwick was most known in his role as Black Panther, an iconic role which sought the following awards for his performance:

These may have been his achievements on-screen, but off-screen he was described as a ‘gentle soul’, loved by his wife Taylor Simone Ledward and his family which is a testament to his character. Marvel released a tribute video in Chadwick’s honour (see below):

Chadwick Boseman was a beloved friend and colleague to all of the actors within the Marvel universe, and Black Panther specifically, is a ground-breaking film in many ways.

A supercut of Chadwick’s acting roles leading up to Black Panther can be found below. The beauty of film and the actors which imbue it with life, is, that it is a love letter to past, present and future, it goes beyond time and space. Each time a person watches a film the person on-screen lives on, in a form of memory. The power of film is its ability to promote change and Chadwick led the way.

Not only was Chadwick a husband, friend, family member and actor but he was also a symbol within the Marvel universe, a symbol of power for black spectators in a narrative which promotes a positive outcome. The social and cultural relevancy of Black Panther remains and will continue to be a product of representation for men, women and children of colour.

Rest in power and Wakanda Forever. Once a king, always a king.

If you want to continue reading about Black Panther and the Gofundme campaign which sent 300 disadvantaged children from Harlem to see it in theatres, then click here.