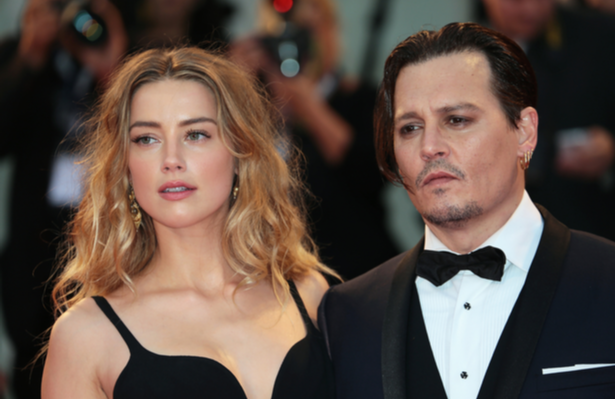 For survivors of abuse, the defamation trial of Amber Heard by Johnny Depp made social media unusable, as memes turned abuse into a joke.

Fans of Depp reenacted snippets of Heard’s testimony in full cosplay on TikTok. On Twitter, #AmberTurd replaced her name. Etsy artists even made earrings that mock the trial.

It’s hard to imagine the non-sequestered jury managed to avoid social media altogether. Even if they did, fans stood outside the courthouse with pirate flags.

Ironically, they heckled Heard right after she testified about abuse from his fans. This cast doubt on the fairness of the trial so much that Heard’s legal team sealed jurors’ identities to protect them from backlash.

Fans defend their behavior by claiming that Heard is fair game since she is guilty. (Nevermind that a UK judge found her credible in nearly every claim). Even if she is, do survivors on social media deserve it?

Kamilla (@k4mil1aa) has written viral Twitter threads about the effect of this trial on survivors. This has caused extensive hate from Depp fans.

“Many survivors of domestic violence and sexual violence had to either mute words…or avoid social media altogether.”

Heard’s sexual assault testimony is a popular TikTok sound, with users miming attraction to Depp. It’s a reminder that credibility depends on how attractive or likable both victim and perpetrator are. Kamilla writes, “[most] people have a hard time believing allegations against someone they adore.”

Heard’s past was dissected more than Depp’s, like her misplaced hijab on a mosque visit or her friendship with a controversial Israeli journalist. Survivors were reminded of reasons they were not the ‘perfect victim’ either.

Survivors were also re-traumatized by the constant fixation on Heard’s facial expressions. She was doubted for appearing too sad and not sad enough. This catch-22 is all too familiar.

What if we’re wrong?

It’s a possibility. This wouldn’t be the first time the court of public opinion punished a woman, only to realize it was misogyny years later. Kamilla compares the treatment of Amber Heard to the ‘witch trials’ of Monica Lewinsky and Britney Spears.

What Johnny Depp did is not uncommon, [as] many abusers will turn it around on their victims. We saw this in real-time with OJ Simpson, Blake Jenner, Brian Laundrie, and Chris Brown. What’s scary is that abusers will now feel emboldened to do the same to their victims – in court, on social media, and in real life.

Journalist Adrienne Tam draws a haunting comparison: Lindy Chamberlain. In 1980, her infant daughter was taken by a dingo. Until hard evidence emerged, Chamberlain languished in prison while shows like Seinfeld parroted the “Dingo ate my baby” line. Her trauma was memed before memes were a thing, only for her pain to be authentic.

Many, like Kamilla, believe Heard’s case will follow a similar trajectory. Regardless, survivors hope that society will find abuse claims less funny in the future. 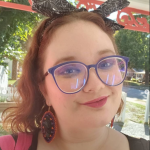 Courtney Hammett has lived their entire life in South Carolina, writing beneath the mountains. They earned a BA in English from Converse University and are taking graduate courses online. In their free time, they enjoy freshwater fishing, pro wrestling, and cuddling their elderly rescue cat.