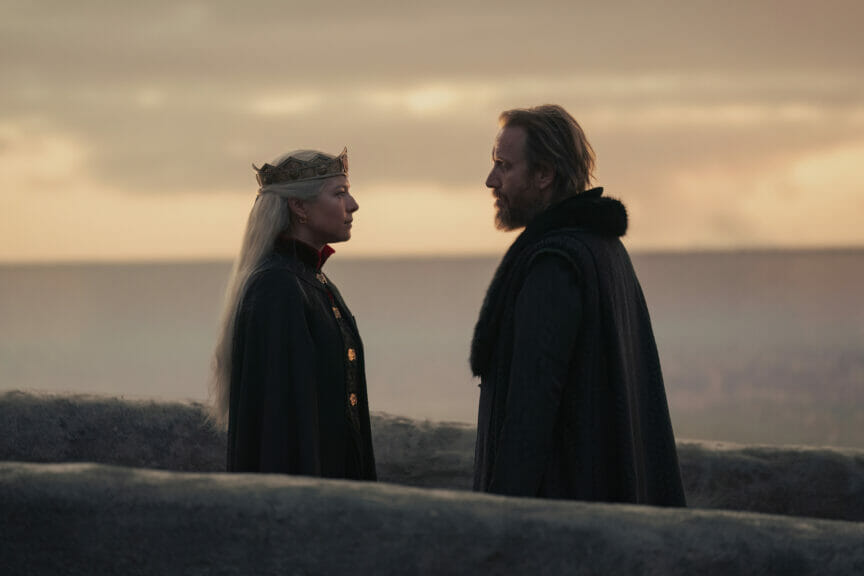 The 9th episode of the most anticipated globe-trotting series House of the Dragon, called “The Green Council,” shows the coronation of Aegon II Targaryen in the finale.

But The ceremony is soon interrupted by Rhaenys Targaryen when she bursts through the floor with and on her dragon Meleys. She then stares down at Alicent Hightower and the greens, the ones who are crowning Aegon against the wishes of the dead King Viserys, before she flies away.

Her actions of this sort are framed as merciful because she doesn’t even fry the greens. Still, there’s undoubtedly a problem there: The Dragonpit is, as usual, packed with many townsfolk, and Rhaenys almost kills the majority of them while on her way out.

And it was supposed to be initially a lot worse. Speaking to Screen Rant, the VFX supervisor Mike Bell said that, in the previously revised original version of the shot, it was clearly shown that Rhaenys had killed “thousands” of poor and innocent people on her way out.

He said, “The coronation scene was a bit changed. Especially at the time when Rhaenys exits, we initially shot that she exits through thousands of people. But then it was like, “Well, that’s not really into the character’s feeling. Then one could see a lot of people flying. Hundreds, maybe thousands.”

Currently streaming on HBO, House of Dragon has woken up the fandom of the epic series GOT to relate to and love this one!