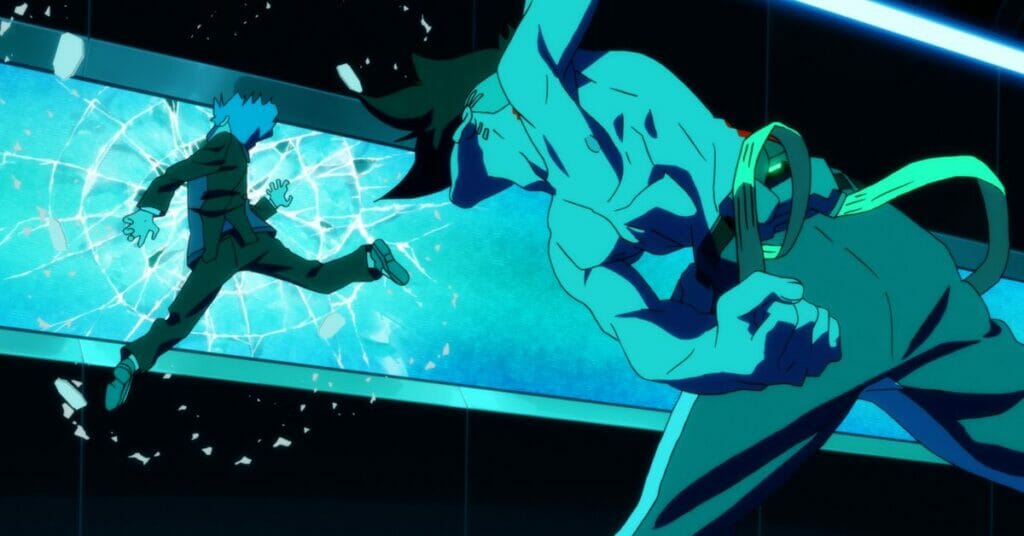 The release of CD Projekt Red’s Cyberpunk 2077 was a complete disaster – the insanely detailed world and campaign with branching paths depending on your actions were exclusive to the trailers.

The game was rushed so it looked nothing like the trailers. The choices players made would not be large enough for the story to change because of them as the trailer originally promised.

The one thing that everyone agreed was amazing, however, was the world the game took place in. And with Studio Trigger stepping in to make a blockbuster anime series for Cyberpunk, they practically saved the game from utter destruction.

Cyberpunk 2077 wasn’t an original concept. The game was actually based on a universe created by Mike Pondsmith. It started off as a tabletop game, with a huge emphasis on precise and vast worldbuilding. Trigger’s hyper-exaggerated animation works perfectly with the saturated neon colors and incredibly loud, stylized combat of the series. Pondsmith stated he loved Trigger’s work on the series, which is a great achievement on top of all the other positive reviews the series is getting.

Trigger developed a series of original characters for the show, and their personalities shine through their character design alone. The show’s central protagonist is David Martinez. He gains access to a military-grade cybernetic implant, and after realizing just how corrupt his society is, uses it to get back at everyone and everything that oppressed him. Later on, he meets a group of other cyberpunks, and their shared development is the heart of the show.

After Edgerunners released to rave reviews Cyberpunk 2077 reached one million players. Of course, the Version 1.6 update and the reduced price helped, but it was largely due to the show. People have been coming back to experience the story for the first time and from a new perspective. Edgerunners was a prequel, and it changes players’ perspectives on a decent amount of characters. The update also came with a new side mission featuring a character from the series, which generated a lot of hype.

The Savior of a Franchise

Edgerunners is just another example of a series saving a falling franchise. The Castlevania series was the first instance of this happening. Before Netflix released this series, the last anyone had heard of the franchise was a game that largely went under the radar, not making a big enough splash to continue its own story. Years after that, Castlevania was released and got four entire seasons due to its continued success. The games have been gaining a following once again despite being simple NES titles, for the most part.

The stuff Netflix has been putting out is proof that, in the midst of many underwhelming and inaccurate adaptations, a well-done movie or series can revitalize interest in basically anything. Arcane was an award winner and had fantastic animation, and the new DOTA series has been exciting to watch among the other new series being released this year.