Netflix always adds new movies and shows to its collection every week. This week the fans are going to have a lot to stream. Netflix is supposed to add 19 movies to its lineup this week. Subscribers are going to get a new season of a Netflix horror series, a new family dramedy, a new season of a fan-favorite Netflix show, a new vampire movie, and a lot more.

Here is the list of movies and shows that are supposed to hit the streaming giant, starting from August 7th -august 13th 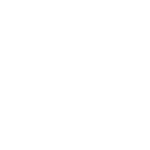