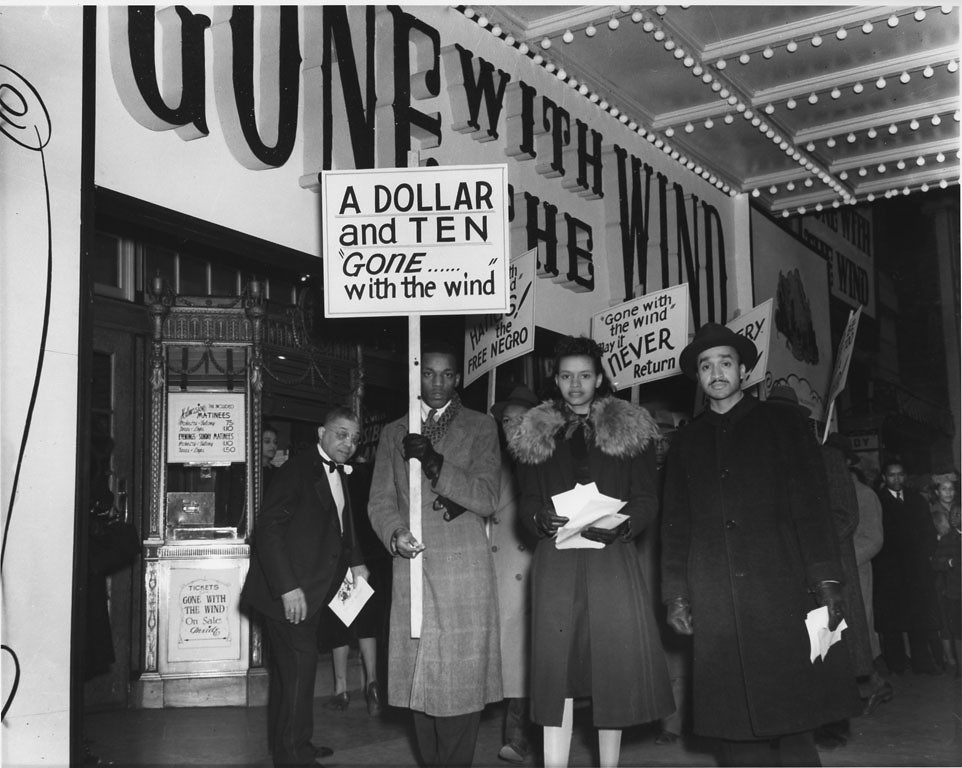 With the international action of the Black Lives Matter movement happening currently, many nations are taking the time to self-reflect on how their histories taught at school might’ve been white-washed, or rather, how their popular culture instigated racist agendas without them previously realizing.

When BBC iPlayer removed Little Britain and Gone With The Wind was temporarily removed from the HBO streaming platform Max, many classic and contemporary films are now being revisited with a more scrupulous eye on implicit messages or targeted jokes on minority or ethnic groups.

The international BLM protests are targeting not just police brutality, but the long present veil over the media that systemic racism has inspired and permitted.

Below is a list of nine films that hold racist stereotypes or tropes targeting minority groups that perhaps it is time to move on from.

In this animated Disney classic, two Siamese cats voiced by Peggy Lee perform a musical sequence, embodying characteristic “Asian” stereotypes and accents. Their characters reveal themselves to be sly and untrustworthy as their eyes turn into slits. This small musical sequence is easily forgettable in the overall cheerful movie, but still must be taken into consideration. On Disney+, they have added a warning at the start of the program claiming, “This program is presented as originally created. It may contain outdated cultural depictions.” And in the live-action remake of the film in 2019, that scene was completely removed from the film.

As many old Disney films may contain these odd elements of racist skits, they can still be viewable with content warnings added. However, Song of the South seems to be so packed with racist controversies that it is so difficult to find it streaming today. The film is based on two white children who are raised and taught by an elderly slave their family owns. It seems to depict plantation life idyllic, charming, and wholesome. Only low-quality copies of the film are available on the black market currently, and a home video was never released in the US.

This film starring Audrey Hepburn is renowned for having one of the most high profile examples of Hollywood yellowface. Mr Yunoshi, the landlord of Hepburn’s character, is played by Mickey Rooney with bronzer and false teeth as make up, and he speaks in an exaggerated “Asian” accent. The producer of the film, Richard Shepard, has recently admitted that that character’s racist portrayal spoils the film, but Rooney himself expressed disagreement over any claims of controversy over his portrayal.

In John Hughes teen classic film, Long Duk Dong is  a foreign exchange student that appears on screen with a gong noise in the background. The character is seen as being a sex-crazed and culturally ignorant individual, speaking in broken English and an “Asian” accent. The star Molly Ringwald expressed disgust at the film, watching it with a modern lens, saying Long Duk Dong was a “grotesque stereotype”.

This Mike Myers’ comedy was perhaps not half as memorable as his iconic Austin Powers character, but still sparked racist controversies. Depicting a mystical Hindu Guru named Pitka, Myers appropriates Hindu stereotypes and exchanged sacred terms for cheap punchlines. An example would be replacing ‘Namaste’ with ‘Mariska Hargitay’, which is the name of the star of Law & Order: Special Victims Unit.

This film was claimed by critics to have multiple cases of coded criticism. For instance, Jar Jar Binks was condemned as being a portrayal of racist stereotypes as he is represented as a clumsy, lazy alien with a thick, generic Caribbean accent. Watto, also, is a greedy slave owner alien with a hooked nose, beady eyes and a hat viewers argued looked like a yarmulke… many criticized the character of being reminiscent of an anti-Semitic caricature.

This smash hit drama by Mel Gibson tells of the hours before Christ’s crucifixion, but was packed with claims of anti-Semitism. Christ’s enemies are depicted as violent bloodthirsty Jews, and many critics questioned its historical accuracy in the depiction of Judiasm. Gibson defended his film. Later, in 2006 while being arrested, Gibson was caught ranting about “f**king Jews… responsible for all the wars in the world”. This only added to the skepticism over the film.

This college comedy, screened for President Ronald Reagan at the White House, stars a white teenager who pretends to be a black man so he can qualify for a scholarship for Harvard Law School. Not only was it attacked by critics, but also condemned by the NAACP and black student groups across America. Rae Dawn Chong, an actor who appears in the film, blamed Spike Lee for the wave of backlash received: “Our little film was maligned by the black community led by a jealous Spike Lee”, she declared in 2015, “who has never seen the film”.

The winner for Best Picture at the 2019 Oscars was released during a wave of controversy about the late jazz musician Don Shirley, depicted as the main character of the film. It was accused of misrepresenting Shirley’s relationship with his family, and also by resting on a “white savior trope”. The plot is based on a racist Italian American man who eventually learns the error of his ways by a kind, patient black man he is forced to chaperone through America and protect him from graver racist attacks from other characters. “A neutered black man needs a white guy not only to protect and serve him, but to live him, too” wrote Wesley Morris, a critic for The New York Times.

The greatest step towards leading an actively anti-racist life, is to keep your eyes peeled for these jokes at the expense of other’s cultures or targeted stereotypes present in popular media. Implicit messages over time begin to shape the way we think and relate to those individuals depicted on the big screen, and they keep supporting the mentalities of systemic racism.

Read more on what you can do to support the Black Lives Matter Movement.