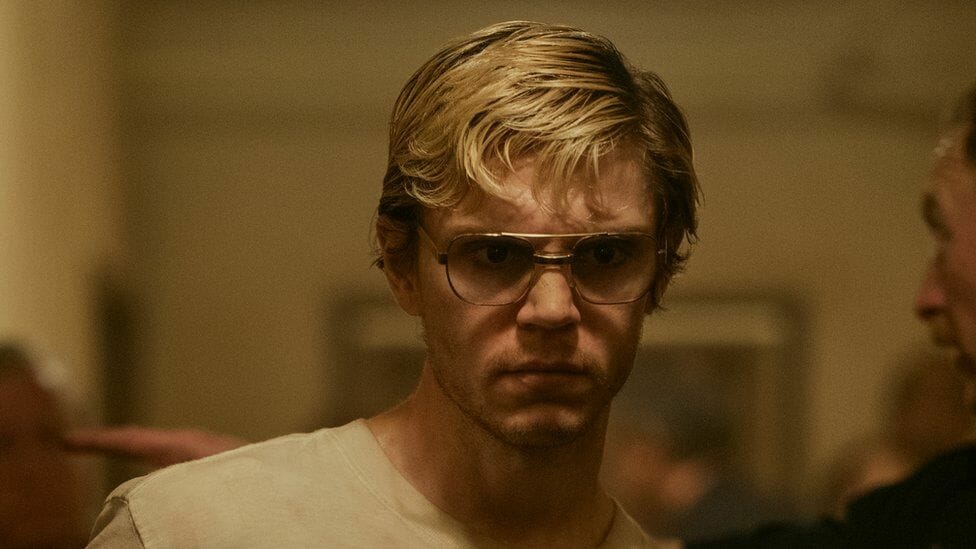 No matter the role, actors need a break from the characters they play. They all have their own way of doing that depending on the role but more serious or disturbing characters require laughs to reset their emotions.

Evan Peters, who is portraying Jeffrey Dahmer in the new Netflix series Monster: The Jeffrey Dahmer Story, has said that he has to watch comedies like Step Brothers to get his brain out of the role of Dahmer. With a character like that, no wonder after a long day of playing a cannibal serial killer, he’d need a laugh.

Peters stayed in character while on set but after filming was over, he needed an outlet to escape the horrors of the day playing a cannibal serial killer and based on a real person not just a made-up character. That would be hard for anyone to try and leave at the door of the studio.

Do You Dare Watch?

When asked about his process to unwind, Even Peters had this to say:

“Doing the role, I wanted to give it 120 per cent the whole way through, so I brought in a lot of darkness and negativity. It was just having that end goal in sight, knowing when we were going to wrap and finally being able to breathe and let it go and say, ‘OK, now it’s time to bring in the joy and the lightness and watch comedies and romances and go back to St. Louis and see my family and friends and yeah, watch Step Brothers.’ “

Peters also said that he almost didn’t accept the role because of how deep he had to dive into his acting skills to be able to perform and perform well. Being able to be in that role and try to leave it at the set has to be very difficult. Hopefully, Peters has been watching Step Brothers and other comedies a lot to try to get out of the mindset of Jeffrey Dahmer.

Can’t get enough of Dahmer? There could be a second season on the way.