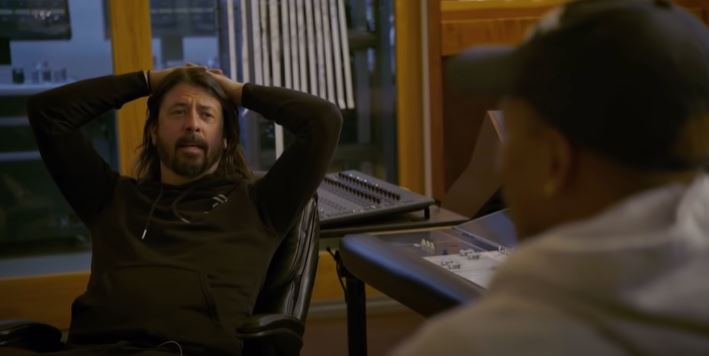 In a recent episode from his show “From Cradle to Stage”, the Foo Fighter’s singer/guitarist, Dave Grohl, sat down with Pharrell Williams to surprisingly reveal how Nirvana’s Nevermind album was heavily inspired by the 80s funk and disco era.

At the beginning of the clip, Dave Grohl and Pharrell Williams talk about drumming, while Grohl mentions how he’s always wanted to be a “drumline kid” but his inability to read music always kept him from it.

Pharrell then continues to state how marvelous of a drummer Grohl is, which then Grohl responds to revealing the mindblowing inspiration behind Nirvana’s record Nevermind.

“Stop saying I’m a good drummer cause I’m the most basic fucking drummer,” says Grohl. “If you look at Nevermind, the Nirvana record, I pulled so much stuff from The Gap Band, Cameo, and Tony Thompson on every one of those songs. All that, that’s old disco. That’s all it is.”

The best part of the video is how shocked and amazed Pharrell gets discovering this revelation.

“Nobody makes the connection,” says Grohl, going on to note that he invited Thompson for barbecue once and thanked him for being his inspiration.

“I was like, ‘Man, I just want to thank you because I owe you so much I’ve been ripping you off my whole life.’ He goes, ‘I know.’”