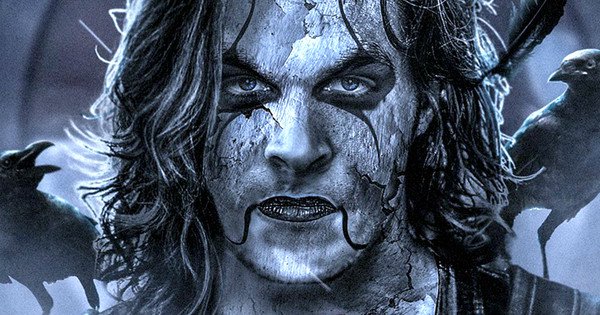 Credit: Jason Mamoa as The Crow

Jason Momoa who plays ‘Aquaman’ in ‘Justice League’, will be playing the lead role in a revival of the 1994 film ‘The Crow.’

The Crow is a very iconic action film, about revenge. The lead character in the first film rises from the dead in order to avenge his girlfriend’s and his death. However, as well as the dark storyline is it also iconic as the main actor Brandon Lee also died on set.

Brandon Lee has a mortally wounded onset due to a defective blank, just eight days before the film had finished production. Unfinished scenes that were supposed to feature him were dealt with an adapted script, a stunt double, and digital special effects.

Despite the production setbacks due to Lee’s death, even so, The Crow was well received for its unique style, premise, and emotional depth and its tribute to Lee and his fiance, Eliza.

There has been a lot of talk about rebooting the film since 2008, however, it wasn’t until 2016 that there had been concrete news about the reboot in itself. Colin Hardy, who directed the horror film ‘The Nun’, was confirmed as director and posted a photo on Twitter of Jason Momoa.

I’ve waited 3.5 years to do this.https://t.co/TSAxGUTRXy

Jason Momoa has recently been on the rise to fame, he is well known for his role as Khal Drogo in Game of Thrones and quite recently for his role in Aquaman in DC’s Justice League. And he has now been confirmed to play the role of Eric Draven in The Crow. The adaptation, which is set to open on October 11th, 2019, will be a faithful adaptation of James O’Barr’s indie comic, first published in 1989.

We can only hope that the revival lives up to expectations due to all the hype.

That’s not the only reboot you should be excited about! Don’t forget to check out the Netflix Reboot of Sabrina The Teenage Witch!