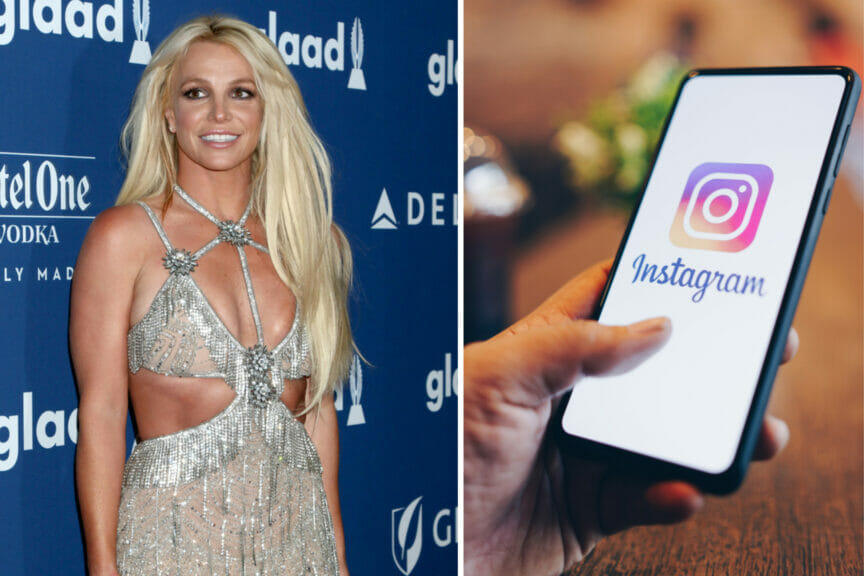 Britney Spears has appeared in the public eye for four different decades, with fame proving to be difficult for the troubled pop star.

After beginning her music career as a stand-out 16-year-old from Louisiana, Britney Spears has been in the business since 1998. She’s had several hit singles feature in the charts, not without several news stories hitting the tabloids, leading to a problematic presence.

Most recently, Britney has made a name for herself across social media, posting a variety of content from practically naked photos to controversial statements on hot topics, with many of her fans concerned for her health. Spears was kept on a tight leash due to her involuntary conservatorship which saw her father control her actions, however, since this was terminated in November 2021, she seems to have been on a downward spiral ever since.

Despite claiming she’s never been happier since regaining her freedom and marrying her third husband, Sam Asghari, earlier this year, her content seen on social media is seemingly telling another tale. A brief look at the singing sensation’s Instagram highlights the hectic uploads she has posted recently, not even including the highly-criticised ones she has since deleted.

Most recently, alongside her nude selfies, Britney Spears has been accused of having an obsession with fellow singer Christina Aguilera. In a now-deleted post, the 40-year-old passed several comments on Aguilera, speaking about their simultaneous experiences in stardom and essentially comparing their lives. She faced tremendous backlash for using fatphobic language about Christina’s backup dancers, who she believed would have made her less body conscious due to their bigger size.

Unfortunately, it isn’t the first time she has made offensive comments, whether she was aware they were harmful or not. Spears has even been known to delete her Instagram profile on many occasions or alternatively deleting the post that has caused an influx of drama.

Whilst she continues to post slightly manic photos and videos, we can only hope no more controversy will follow her around. After everything she’s been through in her life, she deserves peace, and so too do the people she is inadvertently targeting.