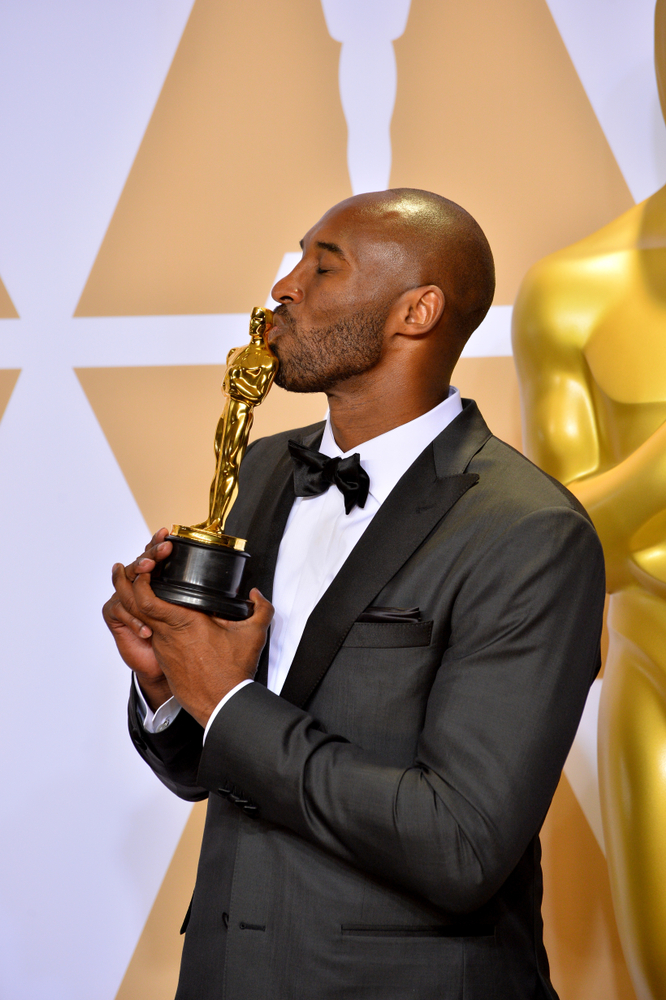 It isn’t good enough that he is a five-time NBA champion, but now Koby Bryant has only gone and won an Oscar as well!

The 39-year-old, who retired from basketball in 2016, turned to write a poem after he hung his boots up and the poem was then adapted into an animated short film titled “Dear Basketball”. Clearly, this was an effective and emotive piece because he successfully won the Oscar for Short (Animated) Film.

Have a look at his acceptance speech:

Bryant admitted that winning an Oscar on his first attempt gave him a bigger thrill than victories he earned while playing for the LA Lakers when speaking to the media backstage at the Oscars: “I feel better than winning the championship, to be honest with you. I swear I do.”

The Hall of Famer also added: “To be here right now and to have like … a sense of validation is … this is crazy, man.”

The animated short takes inspiration from a poem that was published on Bryants Players Tribune Website in 2015, and Bryant himself narrates the animated short. If you haven’t already seen it, take a look:

Have you seen this video of a how high a 5″8 amateur basketball player can jump?