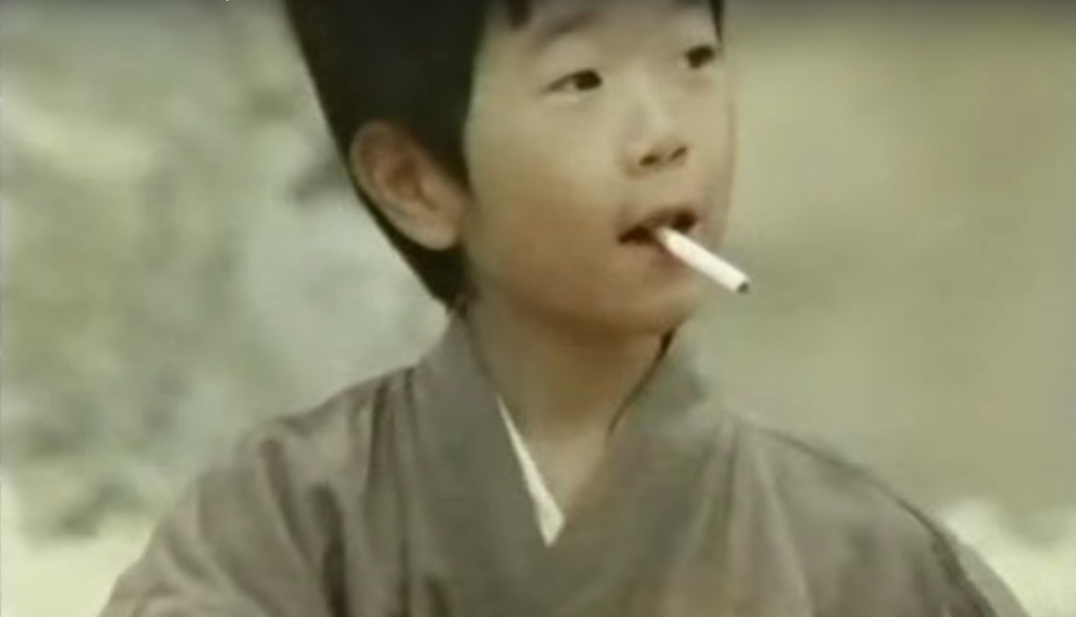 Really want to deter someone away from smoking? Have s/he watch this bizarre Japanese cigarette commercial.

The vintage footage presents a young Japanese boy picking up a pack of cigarettes and putting one in his mouth. Unbeknownst to him they belong to a nearby samurai. He hurries over to the child and begins to beat him for attempting to underage smoke. Completely ignoring the young boy’s protests, the samurai swiftly and viciously kills the little boy. He then smugly picks up his cigarettes, turns to the camera, and lures those over 21 into the “super smooth refreshing taste” of Sutaffu Menthol Cigarettes.

You’ve probably figured out by now that this is a completely fake commercial. This little skit was from a little-known Japanese detective series, “Top Knot Detective”. It became a cult hit in Australia.

Regardless of the commercial’s real purpose, it still does a good job in not only scaring kids away from smoking but discouraging those who already smoke away from the long-lasting and deadly consequences. I guess the samurai did his job!

Want more weird Japanese commercials? Here is a compilation of the best of 2016.