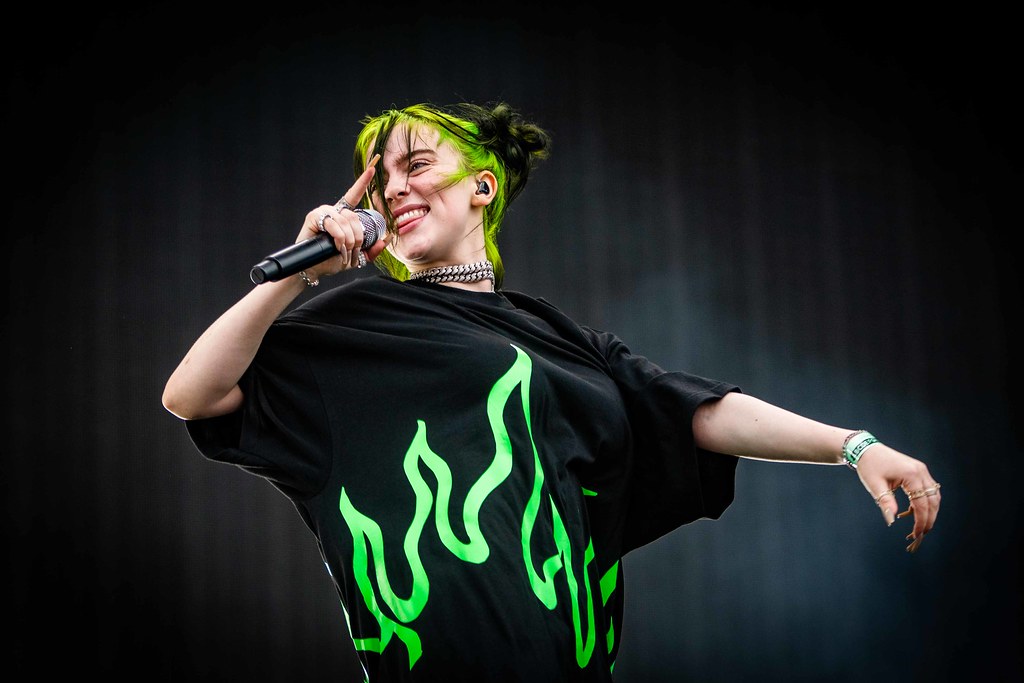 For a while now, the image of Billie Eilish has been curated by baggy clothes, lime green roots, and long acrylic nails. Eilish has always been upfront about her desires, making it well known that she wished to maintain a sense of privacy and anonymity, and her loose-fitting wardrobe became a sharp symbol for this.

In 2019 following her appearance in a Calvin Klein ad, Eilish highlighted the meaning behind her fashion choices:

‘That’s why I wear baggy clothes… Nobody can have an opinion because they haven’t seen what’s underneath.’

It’s was not until recently, briefly preceding her Happier Than Ever era, that Eilish chose to steer control of her narrative towards a different direction. Debuting the change in an empowering short film titled NOT MY RESPONSIBILITY, Eilish lost the billowing attire to share a confident, yet vulnerable, message about her body and her agency.

Fortunately, Eilish has a deep understanding of society and is unafraid to bring awareness to its misogyny and her personal experiences. Quickly enough, she has become yet another face for body positivity and not-giving-a-damn what others think.

In response to an Instagram post of hers, Eilish recently told Elle: ‘I lost 100,000 followers, just because of the boobs… People are scared of big boobs.’

And she’s right. Some people hate to see others confident in themselves and their bodies, blatantly showing disapproval, in this case, through unfollowing on social media.

The other day, I decided to wear a tank top. It wasn’t even a provocative shirt. But I know people are going to say, ‘Holy fuck, she’s dressing sexy and trying to make a statement.’ And I’m like, ‘No I’m not. It’s 500 degrees and I just want to wear a tank top.’

Eilish has spoken on body positivity before, stating in a British Vogue interview that ‘showing your body and showing your skin – or not – should not take any respect away from you.’

Listen to Eilish’s new album Happier Than Ever here.