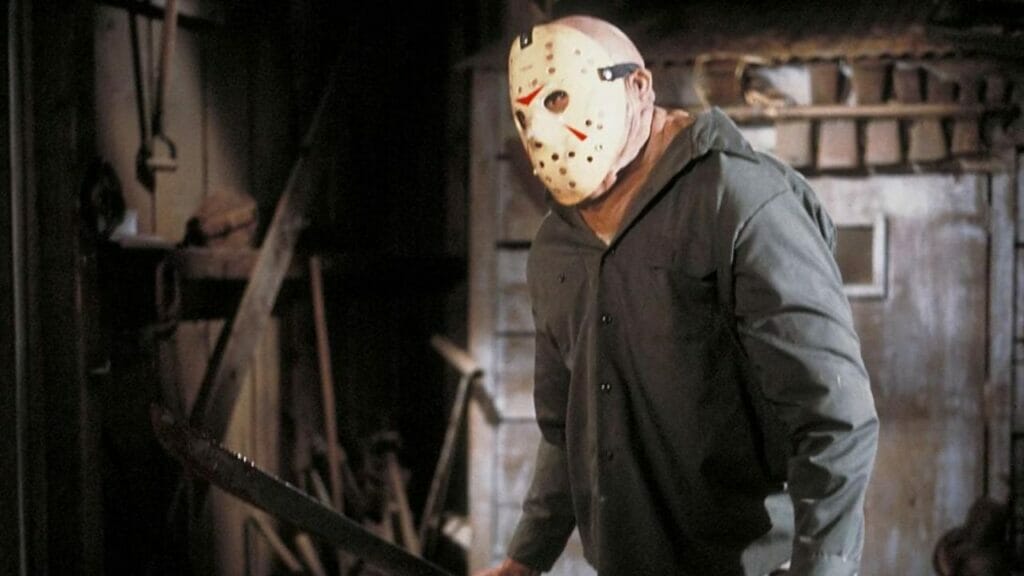 If you’re looking for some classic horror films to watch on Halloween night, Friday the 13th is undoubtedly one of the most popular slasher horror film series with a cult following. It’s up there with other, more well-known classics: like October 31’s Nightmare on Elm Street, Texas Chainsaw Massacre, and so on. You will likely find them online if you need to find where to watch these movies ahead of the big spooky day.

The franchise follows a mysterious stalking killer Jason Voorhees who haunts Camp Crystal Lake. He ruthlessly slaughters anyone in his path to avenge the death of his beloved mother, Pamela Voorhees.

So are any of the Friday the 13th movies on Netflix? And if not, where can you watch them? Find out this and more below.

Are Friday the 13th movies on Netflix?

Friday the 13th is one of the slasher franchises that has branched into 12 sequels. But sadly, despite Netflix having a large library of movies and TV shows, none of the Friday the 13th movies are available to stream in the US.

Is Friday the 13th: The Series on Netflix?

The slasher movie has had a long-lasting appeal and many sequels, one of which even branched out into TV in 1987. However, it should be noted that the series is not a spin-off and has nothing to do with the Jason Voorhees film series. The film premise has no connection to the slasher movies other than they all take place at Camp Crystal Lake.

Where to watch Friday the 13th movies