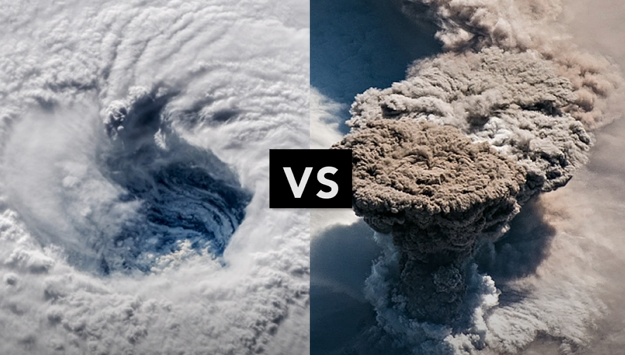 The winner of NASA’s ‘Tournament Earth 2020’ has been announced. After 5 rounds of competition and more than 56,000 votes, you have now chosen your favorite photo of planet earth.

To celebrate the 50th anniversary of ‘Earth Day’ and in honor of Earth Observatory’s 20th anniversary, NASA invited the readers to vote online on some of the best photos taken of earth, and choose the winner of Tournament Earth 2020.

Earth Observatory – NASA’s online publishing outlet – was created in 1999 with the aim of sharing the best photos of planet earth taken, along with other discoveries, and has published more than 16,000 images since its creation.

This year, Earth Observatory asked readers to choose between 32 nominees of past favorite photos published on the site, by voting for their favorite in a knock-out style 5-round tournament.

Ocean Sand, Bahamas – taken by ‘Serge Andrefouet’ in January 2001 – was crowned the winner photo on April 28. This satellite image of the sands and seaweed in the Bahamas was also the runner-up in Earth Observatory’s 10th-anniversary contest.

These beautiful, multicolored patterns of the sand and seaweed beds are the courtesy of the tides and ocean currents and were captured by ‘Serge Andrefouet’ via the ‘Enhanced Thematic Mapper Plus’ (ETM+) instrument aboard the ‘Landsat 7’ satellite.

The photo was also featured on Earth Observatory’s website as the Image of the Day for September 13, 2002.

Here are some of the other nominees featured in the tournament:

An image shot on the morning of June 22 of the ‘Raikoke Volcano’ on the ‘Kuril Islands’ which rarely irrupts.

A team of NASA scientists and graphic artists created layers of global data to form the twin photos of the eastern and western hemispheres of the earth.

Until the next Tournament Earth and its mind-blowing images of our beloved planet, read how NASA rover may have discovered life on Mars.