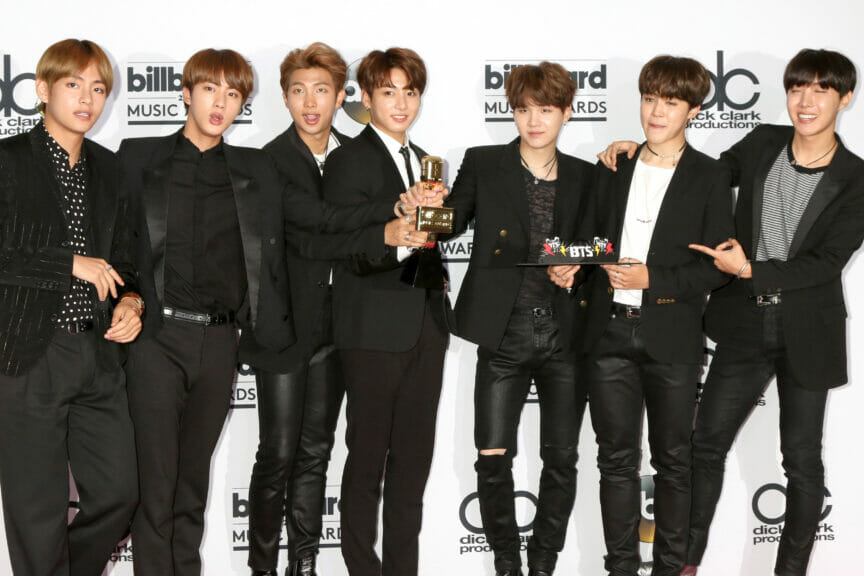 From selling out arenas to dominating the Billboard charts, BTS and BLACKPINK have left their mark. Since the 1950s, K-Pop artists have traveled the world showcasing their unique musical sound, ultimately becoming international superstars.

K-Pop: 10 Interesting Facts You Should Know

BTS is an acronym for ‘Bangtan Sonyeondan,’ translated in English as ‘Beyond the Scene.’ These all-star music group members are SUGA, Jung Kook, j-hope Jin, Jimin, V, and RM. Since their debut in 2013, BTS has been recognized for their record-breaking hits. They have persistently dominated the charts in less than a decade, accumulating ten ‘Top 10 Hits’ and six ‘No. 1 Hits’ on the Billboard Hot 100 chart.

Furthermore, BTS has garnered seven ‘Top 10 Hits’ and six ‘No. 1 Hits’ on the Billboard 200 Albums Chart. In 2021, BTS released their hit song ‘Butter,’ occupying the No.1 spot on the Billboard Hot 100 chart for ten weeks! Since then, ‘Butter’ has surpassed 995 million streams on Spotify!

2019 was the year BTS became K-pop idols! During their “Love Yourself: Speak Yourself” world tour, BTS sold out all of their dates! Their music video “Boy With Luv” made history by becoming the first YouTube video to gain 75 million views in 24 hours. Moreover, BTS was listed in ‘Time Magazine’ as one of the 100 most influential people of 2019.

In addition to this milestone, BTS became the first group since the Beatles to produce three No.1 albums in less than a year when they released their album “Map of the Soul: Persona.”

BTS has numerous videos with over 100 million views. Check out the three videos below that have surpassed 1 billion views!

Since its release in 2020, Dynamite has garnered 1.5 billion views and 35 million likes.

As mentioned, this record-breaking hit made history by gaining 75 million views in 24 hours in 2019. Since then, Boy With Luv has accumulated 1.5 billion views and 27 million likes.

Released in 2017, DNA has garnered 1.4 billion views and 22 million likes throughout the past five years.

In 2016, BLACKPINK made their debut with their first album, “Square One,” ultimately making history or, so to say ‘herstory’! For instance, their first single, “Boombayah,” hit No.1 on Billboard’s World Digital Songs Chart! Throughout the past six years, BLACKPINK has garnered two ‘Top 10 Hits’ and one ‘No. 1 Hit’ on the Billboard 200 Albums Chart.

Moreover, BLACKPINK has four members: Lisa, Jennie, Jisoo, and Rose. With 82.8 million followers, Lisa, the youngest member of the group, is the most-followed female K-Pop artist on Instagram. Not to mention, BLACKPINK’s official Instagram account has 50 million followers, making it no surprise why they have become fans’ favorite female K-pop group.

On Sept. 16, 2022, BLACKPINK released their second studio album ‘Born Pink.’ This album is a great, cohesive project for their comeback, making it no surprise why it debuted at No. 1 on the Billboard 200 Albums chart. BLACKPINK’s ‘Born Pink’ singles, ‘Pink Venom’, and ‘Shutdown’ are dominating the YouTube charts!

Since its release, Pink Venom has gained 372 million views and 13 million likes in 52 days!