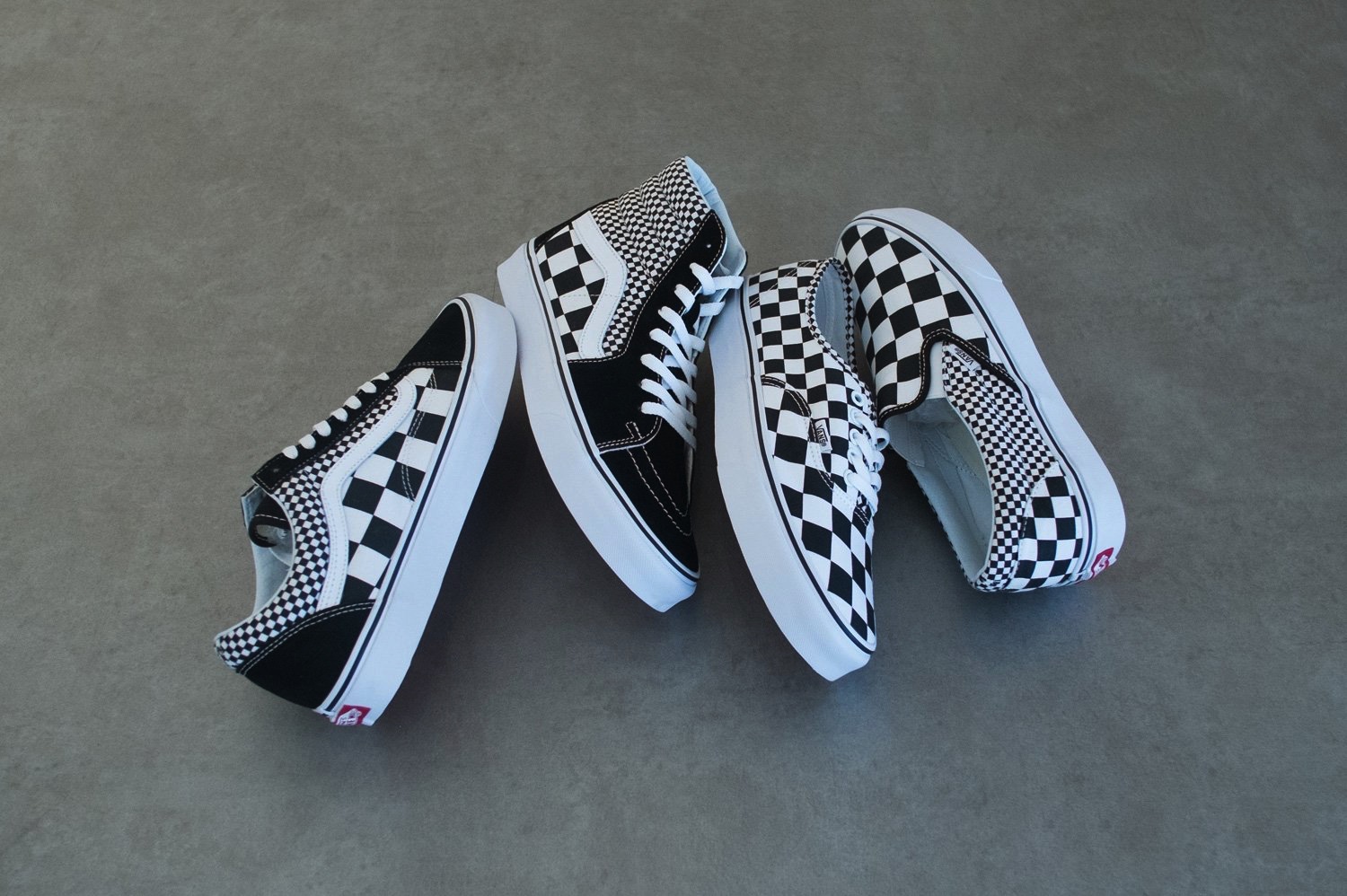 The formula for 52 years of sneaker success gets a little remix.

Way back in a time when dinosaurs roamed the earth, cavemen drew memes on walls and the internet was a guy called Gavin with a full set of the encyclopedia Britannica (Probably). Brothers Paul Van Doren and Jim Van Doren along with partners Gordon Lee and Serge Delia opened The Van Doren Rubber Company in Anaheim, California in 1966.

Known more commonly as Vans. The company created its shoes to adorn the feet of surfers. It wasn’t long before skaters caught on to the versatile little sneakers with their grippy soles and comfortable canvas uppers and adopted them to land surfing. In the 52 years since the company’s inception, we’ve seen the sneakers snuggle the stinky tootsies of skaters, snowboarders, actors, and rock royalty.

From Sean Penn in the 1982 film ‘Fast times at Ridgemont High’ to  Bruce Dickinson of Iron Maiden, Dave Grohl of the Foo Fighters and the Ting Tings. Pop culture is (pardon the pun) laced with the famous canvas clogs.

From spring 2018 you’ll be able to get your paws on the new vans’ designs. Re-imagined styles for the Old Skool, Sk8-Hi, Authentic and Slip-On silhouettes will be available to all whether you want to grind up your neighbors’ empty pool or just wear them down the local Greggs for a steak bake. Other pastry providers are available.

It should also be said that other footwear brands are available. I personally enjoy a nice slip-on brown suede moccasin if I must walk anywhere. For maximum comfort whilst lounging around the house, I strongly recommend two hollowed-out french sticks, or loafers as I believe they’re known. Here are some pictures of the new Vans designs, not my weird bread shoes.

So you’d like some more shoe related information? Foot fetishist perhaps? (No judgement-ish) Have a read of this…..

In this article:culture, Fashion, Shoes, Vans