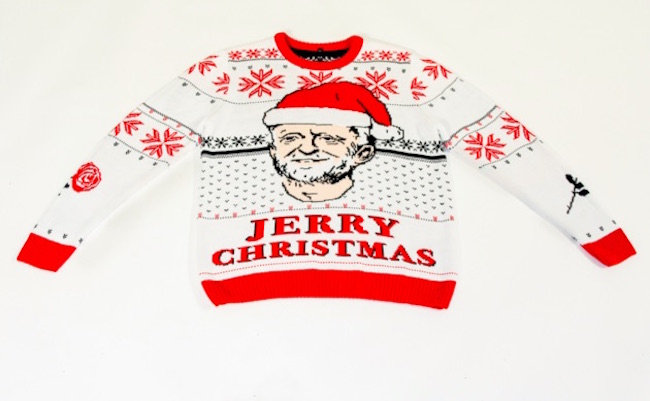 2017 has been a tough and action-packed year in terms of politics. Christmas is a time of year to wind down, spend time with family, and have fun! But for some, there is no rest from the on-going political concerns in our society, so why not intertwine Corbyn’s left-wing politics and Christmas?

Corbyn may not have made the cut as prime minister, but he’s still very much in everyone’s hearts. This Corbyn Christmas jumper is a way for all the Corbynistas to truly show their devotion to him, and indeed, his policies. You could say that this Christmas jumper is for the many, not the few. I guess Christmas is an all-inclusive time to love and support everyone around you. So for some, the ideas underpinning Cobyn’s politics intertwines perfectly with the festive season. I mean, if the guy had a beard, he’d actually look pretty similar to Santa Clause himself. 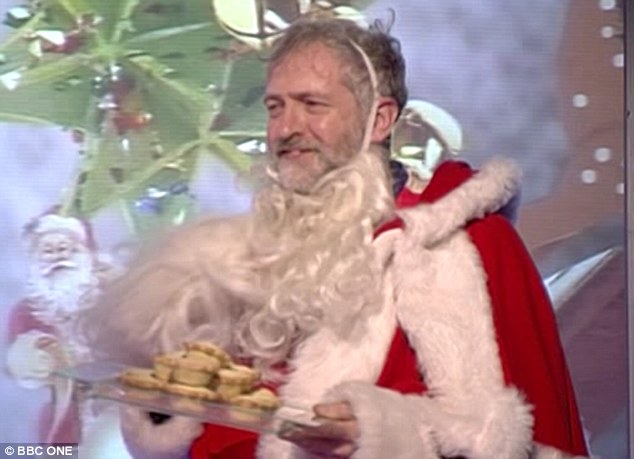 (The similarity is uncanny, isn’t it?)

The jumper will be sold by not just and features a knitted picture of Jeremy Corbyn’s face. The ‘Jerry Christmas’ is admittedly a bit cheesy, but the design itself is pretty cool. With the traditional Christmas colours of white and red, it could even be worn as just a fashion statement (but probably not).

The jumper is also made with only 50% cotton, 50% acrylic. As an aspiring vegan, the reduced use of wool is in keeping with Corbyn’s own values. There are currently only 250 of the Corbyn jumpers available. At £35, they are not unreasonably priced- so if you’re a true Corbyn fan you’d better hurry up and order HERE before they all go.

For more, read HERE to find out about how Tarantino has now abandoned Weinstein, and is seeking a new producer for his latest script!

In this article:corny, culture, Fashion