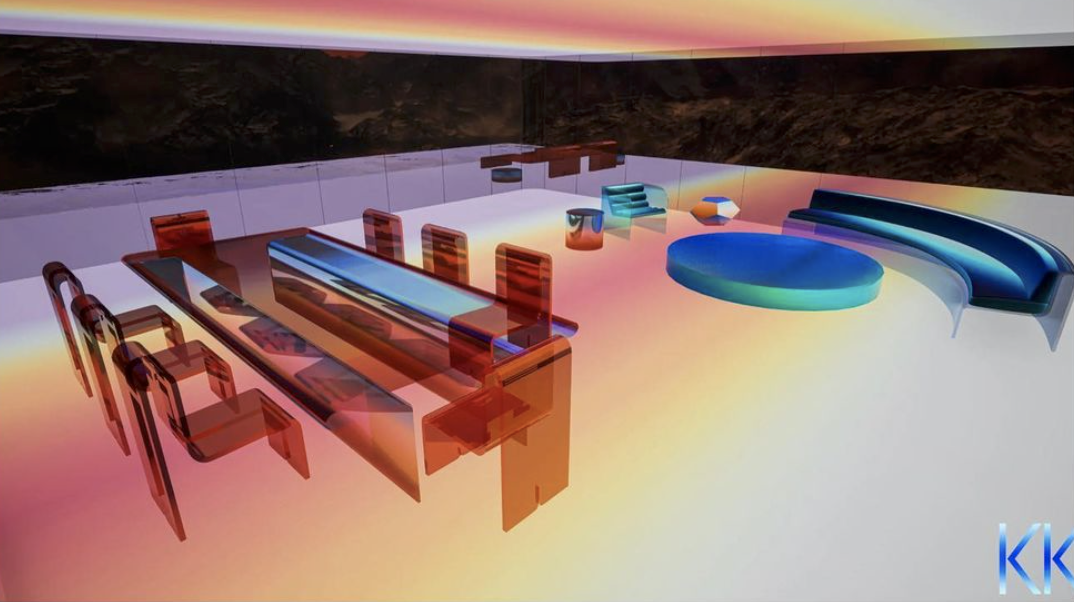 Kim designed the home by consulting and architect and incorporating software typically used in video games into the interior design.

As a result, the house becomes a 3D digital file that – due to virtual reality technology – allows users to experience the mesmerizing landscape of an imagine Martian terrain.

The completed project was sol on a non-fungible token (NFT) marketplace called Super Rare. An NFT is a unit of data stored on the blockchain that represents a unique digital item like art.

The currency is incredibly similar to that of the more well-known cryptocurrency, Bitcoin. NFT also acts as a digital certificate of ownerships, thus allowing art to be bought sold, and collected

When interviewed by architecture and design magazine Dezeen, Kim referred to the house as a ‘light sculpture’.

The artist believes that in the future, ‘light sculptures’ like Mars House could be utilized as augmented reality environments on platforms such as SuperWorld, a virtual world where users can buy and sell virtual land.

“Mars House is ready for that future, where it can be transformed onto our real environment and enjoyed with others”

The majority of the proceeds will go to her Continuum Foundation, an organization that supports a ‘world tour of healing sound and light installations for mental health and healing’.

This week, at gallery SuperChief, announced that it will be opening the ‘world’s first physical exhibition space dedicated solely to NFT artwork’ similar to that of Mars House