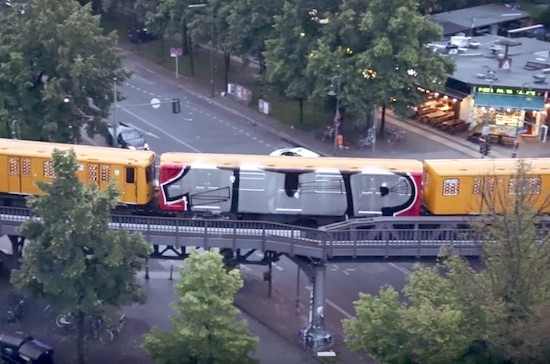 You know, I’ve always thought graffiti was pretty impressive, but I had no idea how organized it was. Graffiti crews? Expertly planned out paint-and-runs? Rope-slinging escapes? Berlin-based graffiti crew 1UP did that. All that. On a train car. Wild.

Anywhere you go in Berlin, you can see at least one piece by the group of graffiti artists. Their works are everywhere, and each new location brings about a new level of daring. This time, as you can see, the group took on the challenge of painting an entire train car with their name. Then, there’s HD proof that they escaped the scene via ropes off the elevated platform, Spiderman style.

Now if that’s not cool, I don’t know what is.

You can check out the crazy feat here:

You can only imagine what challenges 1UP will take on in the future. Next, a plane! Then, a skyscraper! Then, a—okay, no, that’s enough, we’re done.