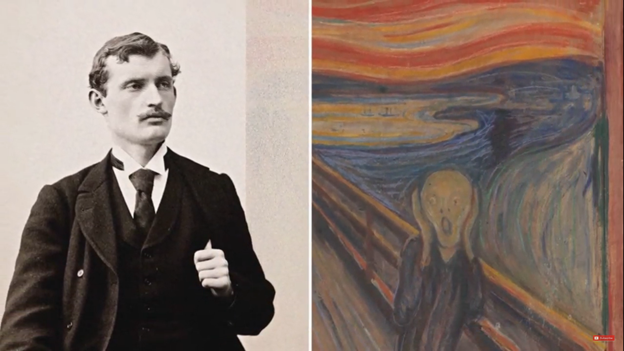 No matter your age or affiliation with art, it is pretty safe to say that we are all familiar with the famous “The Scream” painting by Edvard Munch. The historic 1893 piece has a saying written on its’ top left corner that reads:

Can only have been painted by a madman.

For many years, art researchers and fans have wondered if the saying was written by the talented Munch or if the painting was vandalized by a passerby.  Well, the National Museum of Norway has concluded that the on-brand statement was written by the famous artist himself!

Check out this video explaining the awesome discovery.

What a conclusion! The famous painting still represents one of the many faces of the human condition today and raised many judgements during its’ time. “The Scream” is said to be “a timeless depiction of human anxiety.” Spectacular infrared technology was utilized on the message to compare it with Munch’s notes and general handwriting.

The museum’s curator, Mai Britt Guleng, said of the discovery:

The writing is without a doubt Munch’s own,

The handwriting itself, as well as events that happened in 1895, when Munch showed the painting in Norway for the first time, all point in the same direction.

It is believed that Munch added the line to the painting after receiving judgmental backlash from his viewers when he presented the famous painting. If you want to learn more about Edvard Munch and his incredible artistry, check out this video below on the artist’s life.

If you found this article interesting, take a look at this one on scientists communicating with lucid dreamers.