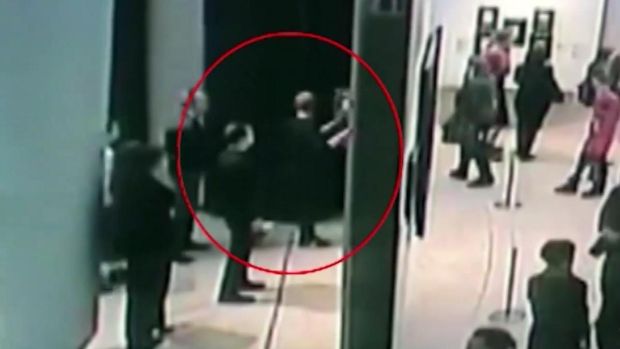 Someone stole a $182K painting from a Russian art gallery. However, they only got found out because of a missing fur coat.

At the Tretyakov Gallery in Moscow, a man stole a 1908 painting by Arkhip Kuindzhi. In security footage, he is seen taken the painting from the wall, while those around him look puzzled. He then proceeds to leave the gallery, quite brazenly.

The crime was not discovered until police reviewed the security tape to locate a fur coat that had gone missing. The painting was tracked down to a remote construction site outside Moscow and found a day later.

We give him props for being so shameless in his thievery. A suspect for the crime has been detained. However, we do think that cameras aren’t cutting it and they may benefit from some guards.

Check out this other crazy crime!