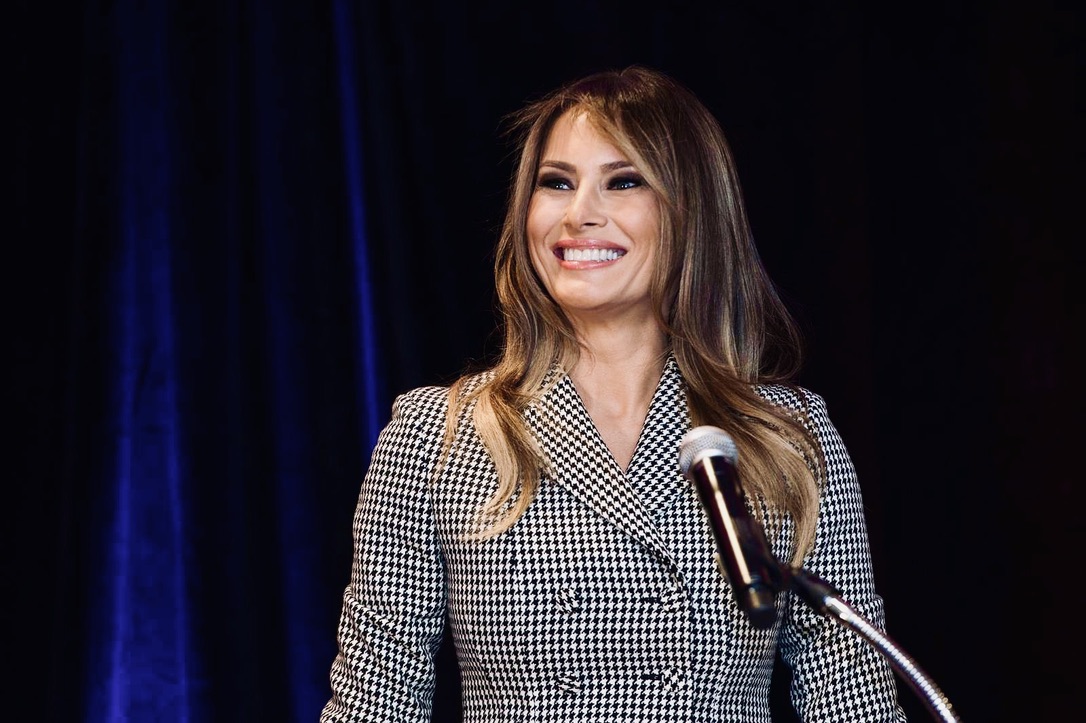 Let’s talk NFTs. Anything digital can be converted into an NFT, from a virtual art museum to the Fyre Festival sandwich tweet. They’re novel, they’re digital, they’re controversial, making people thousands of money, both artists and grifters alike. On an unrelated note, Melania Trump is selling NFTs in exchange for cryptocurrency.

Last Thursday, the former first lady announced she is selling an NFT titled “Melania’s Vision.” The NFT is a watercolor painting of Melania Trump’s eyes painted by the fashion artist Marc-Antoine Coulon.

According to her announcement, the painting sets to promote “strength and hope” and comes with an audio recording by Trump herself:

“My vision is: Look forward with inspiration, strength, and courage.”

“Melania’s Vision” will be the first of many upcoming pieces Trump will be selling on her unnamed platform, powered by Parler. It should be noted Parler, a right-wing social network, was previously under investigation for its affiliation with the January 6 insurrections, where many of its users stormed the U.S. capitol and posted about it on their site.

Rather than accepting regular money, every edition of “Melania’s Vision” is being sold for 1 SOL, or approximately $150 to $188.73 on the Solana blockchain.

Part of the proceeds will go to children aging out of the foster care system, specifically those interested in science and technology. However, it is unclear what percentage will be donated or what specific charities will receive the proceeds.

According to Aaron Dorfman, president and CEO of the National Committee for Responsive Philanthropy, when a company mentions “a portion of the proceeds” will go to charity without mentioning specifics “It’s a huge red flag.”

“It means that charity is not a serious part of their plan… It’s a marketing ploy.”

Though Melania Trump has not been involved in her family’s financial disputes, the Trump family has had a tumultuous history with charities.

While in office, husband Donald Trump paid a $2 million court-ordered fine after admitting to using his nonprofit like a personal piggy bank. Since, the Donald J. Trump Foundation was shut down on December 18, 2018.

After she and her husband left the White House, Melania Trump has mostly laid low, rarely showing in public appearances. Trump continues to work on her Be Best campaign, focused on fighting cyberbullying and advocating child welfare.

“Melania’s Vision” is currently available for purchase, selling from December 16th to December 31st on her website.