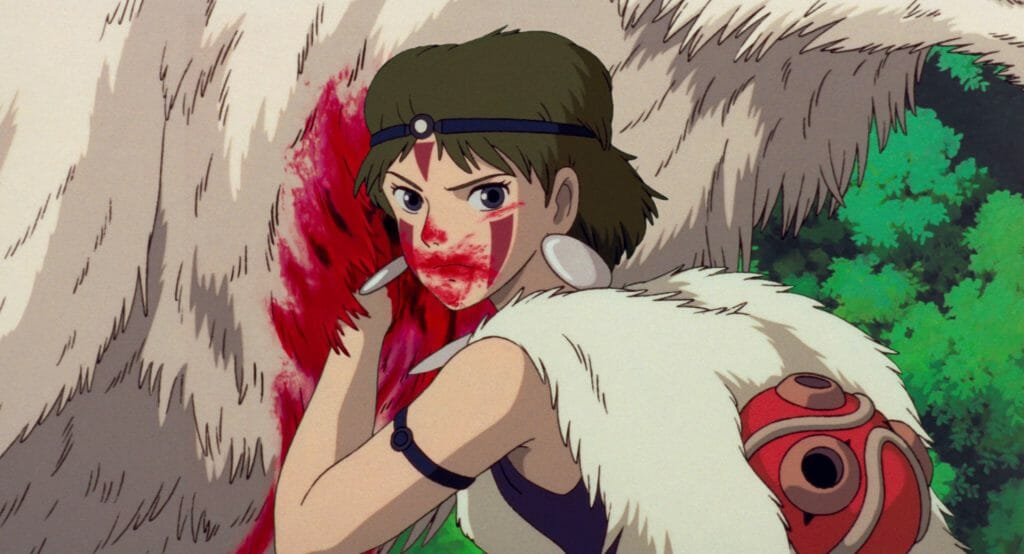 Nobody manoeuvers the craft of world-building quite like Studio Ghibli. The unison of immersive design and a story rooted in magical realism bring the frames to life. The movement of people, cities, objects, animals, and viewpoints are all highlighted as naturally as possible. The animators have created a memorable world by inserting beautiful visual cues in the movies.

Costume design is an important element that adds to the nuances of this universe. Every character has a distinct style from Chihiro’s t-shirt and shorts combo to Howl’s extravagant glitter-studded jackets. Their clothing represents their attitudes in life, how their circumstances have shaped them and how they grapple with expressing their identity.

Representation of the urban Japanese family

Spirited Away shows the collision of the human world and the spirit world when Chihiro works in a bathhouse to liberate her parents from their transformation into pigs. At the start, her family wears Western clothes. Chihiro is seen sporting an oversized striped t-shirt with shorts and sneakers. In a scene where she mentions her apprehensions about moving, her small frame is accentuated to highlight a sense of overwhelm. Her parents wear professional clothes like shirts and pants. The well-fitted nature of these indicates their settlement in their business roles.

The juxtaposition of modern and traditional

Chihiro and her family represent modern Japan while the people in the bathhouse represent traditional Japan. Haku wears a Suikan, a traditional hunting garment; symbolic of how he has become Yubaba’s hunting dog. Also, the people in the bathhouse are portrayed in a similar silhouette with shorter pants (hakuma). These make it suitable for working and the uniformity of their apparel indicates their status as middle class or commoners. Chihiro too embraces this style, representing her development from a person of privilege to a hard-working, grounded, self-reliant, and mature young girl.

If Chihiro’s family is a symbol of how Western culture has spread to common folk, Yubaba (the owner of the bathhouse) symbolizes the upper-class power and influence that led to its dissemination. Mina Le notes how Yubaba wears a Victorian-style dress and sports an Edwardian hairstyle. The spacious room she lives in resembles Buckingham Palace with its lush red carpets and antiquities. The film blames the rich for abusing their power and exploiting workers in a capitalist system that is eroding the values of traditional Japan.

The symbolism of accessories

Howl’s Moving Castle follows Sophie, a young girl who is cursed to live as an older woman due to a run-in with a witch. As the movie progresses, the clothes of all the characters reveal the theme of them being misfits in their stage of life. Sophie is a hat maker but wears a plain straw hat but stitches colourful decorated ones for customers. While staring at the mirror, she hesitates to look at herself and hides under her hat. Hats represent the burden she feels as the breadwinner of the shop and the responsibility on her to support her family. Just like she pulls down the hat, her duties are weighing on her and not allowing her to live like a girl her age. Costume designs for characters around Sophie’s age involve frilled and layered aprons unlike her plain and simple ones.

Interestingly, her appearance changes but her outfit does not after being cursed. She sports the same long sleeve, floor-length blue dress. It makes the point of the curse not to punish her but to make her see herself in a new light. Sophie is only as old as she feels. Towards the end when the curse has been lifted, her dress becomes a deeper and sharper blue. This reflects how she has settled into her identity. She is not boring, old or dull but caring, wise and open to new experiences.

Howl is set up as a foil to Sophie’s character. While she does not care about her physical appearance, Howl bases his self-concept on it. Sophie is stuck in old age while Howl is stuck in adolescence. When we are introduced to him, he has dyed bright blond hair and wears high collared bejewelled jackets. It represents the artificiality and constriction this outlook places on him. Towards the end as Howl matures with Sophie, his costume changes. He wears a white top with a loose neckline and sports his natural black hair. This Howl is much more relaxed and authentic to his stage in life.

Ashitaka’s loyalties to his tribe

Princess Mononoke is an ecologically conscious story of a wounded prince who explores new lands to find a cure for his curse. In this movie, nature and industry are at war with each other. Prince Ashitaka belongs to the mysterious Emishi tribe who don’t reveal their location and live an isolated existence. His humility and willingness to sacrifice himself for his tribe show that he considers him their representative but not their leader. The clothing reflects this attitude as the silhouette of his Goh (knee-length robe) is similar to the village elders. The most decorated clothes belong to Hii sama, an elderly village lady who has spiritual powers. Clothing indicates that the chain of respect is based on one’s connection with nature.

Along the way, Ashitaka meets San, a girl raised alongside wolves who shares the same motive as him: to protect the natural world. While he sports a cape of hay, she sports one of fur. One represents flora and the other fauna. San does do to emphasize her connection with her animal family, explicitly stating that she hates humans. The war painted on her face represents her relentless pursuit for justice and willingness to fight. She also wears necklaces and earrings made of teeth. This Princess Mononoke subverts the audience’s expectations of the propriety and image of royalty, similar to Ashitaka.

The contradiction of Lady Eboshi

Lady Eboshi is the leader of Iron town which San wants to take down because of the former’s desire to kill the forest spirit. Her characterization as the movie’s villain is arguable because her motive for destruction is to sustain her town. Lady Eboshi is nurturing in her leadership and rehabilitates lepers and ex-prostitutes. This contradiction is represented in her clothing. She wears makeup along with her fighter gear. Also, her usual outfit consists of a top printed with colored traditional fans paired with simple and plain pants. Lady Eboshi is a pioneer in her forward-thinking ideas but also a destructor of age-old forms.

The Appeal of Ghibli

The immersive world of Studio Ghibli is possible because of the attention to detail given to every element on the screen. The symbolism is rich with historical and modern references that appeal to a wide audience. It draws in Japanese audiences when it discusses contemporary issues and accurately represents its culture to international viewers. Studio Ghibli movies transcend demographics because there is something for everyone, regardless of age, background, caste or creed. 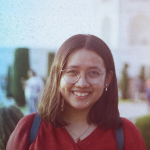