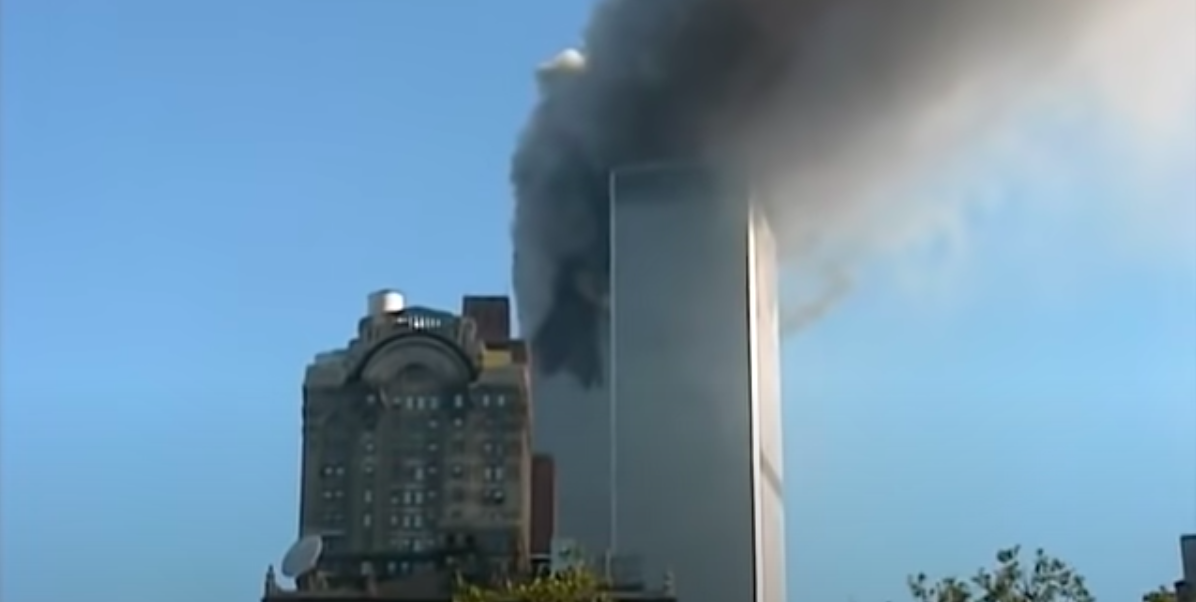 The following article contains visuals some may find distressing.

A video has been uploaded to YouTube, showing the moment the second plane struck the World Trade Center. This footage of 9/11 has previously never been seen.

Kevin Westley, the man behind the video recording wrote in the caption of the video that the video had been uploaded in the 2000s, but had accidentally been uploaded privately. Recently noticing the mistake, he made the video public.

The video, just under nine minutes, begins on 9/11 with one-half of the twin towers already hit. You can see the smoke, and, as Westley zooms in, the fire and debris floating in the air around the site of impact.

The second plan then appears, seemingly out of nowhere.

In the video, Westley appears to be on a boat in New York City with a crowd of other people. As the second plane hits, you can hear people shouting in distress. After the hit, Westley talks to others in the immediate aftermath.

Someone behind the camera shouts: ‘Did you see that? He did it on purpose!’ as the true weight of the moment seems to sink in.

How have people reacted to the new 9/11 video?

The video has made waves online. Since its upload, it has been viewed over half a million times.

One commenter wrote: “This video is incredible. It doesn’t zoom on the 2nd plane. It’s like you’re there.”

Another said: “Arguably the clearest, longest footage of the 2nd plane hitting. It’s surreal when you think of the many other videos who haven’t seen the light of day yet even 20 whole years later.”

The video, uploaded on February 24th, gained extra significance considering the week’s significant movement in tensions between Ukraine and Russia. Many commenters picked up on the eerie coincidence, writing: ‘The timing of this release…’