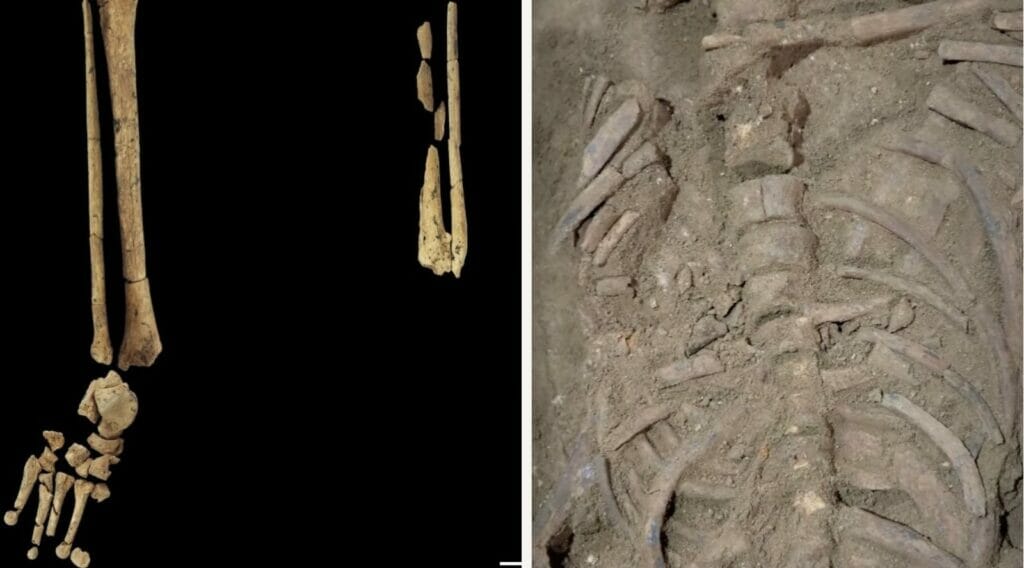 A 31,000-year-old skeleton was recently found in an Indonesian cave. The skeleton was from a young adult. Part of their left leg was missing. Scientists call this the earliest known instance of successful amputation in human history.

Impressively, the severed bones show evidence of complete healing. The left foot is entirely absent, but bone rehealing covers the entire amputated surface on the tibia and fibula fragments.

Moreover, the trauma pattern specifically indicates deliberate surgical amputation. Based on the healing, scientists can confidently say the missing foot is not due to an accident, animal attack, or grave robber. The severance is clean: there is no evidence of infection (which often follows crocodile bites) or crushing fractures (which often result from falls or breaks).

Despite attempts, the scientists could not determine the sex of the individual. The cranium and pelvis demonstrate intermediate sex traits, preventing certain identification.

Researchers are also unsure what mechanism was used to conduct the surgery, or how infection was prevented. Experts theorize a sharp stone tool could’ve been used for cutting. Plant life is robust in the region, and might have been used for antibacterial purposes.

The remains were found in Liang Tebo cave in Borneo. This region in East Kalimantan is also home to some of the oldest rock art currently known globally.

This is an extremely rare and exciting finding for scientists. Surgery became more commonplace as humans aggregated in agricultural communities. There have been very few discovered instances of surgery before written records. When surgery did occur, amputations were conducted on fingers. These amputations were often reserved for punitive or sacrificial purposes.

Moreover, prehistoric instances of surgery often resulted in the patient’s death, either from blood loss, shock, or infection. The “surgeon” who conducted this amputation needed a thorough knowledge of anatomical, vascular, and muscular structures in order to prevent these common fatalities. This skeleton find indicates impressive prehistoric medicinal knowledge from the diagnosis, surgery, and post-operative healing.

This find sparked speculation about prehistoric society as a whole. Scientists remark that “it remains unknown whether this ‘operation’ was a rare and isolated event in the Pleistocene history of this region, or if this particular foraging society had achieved an unusually high degree of proficiency in this area.”

“Complex medical acts, such as limb amputation, could well have been more commonplace in the pre-agricultural past of our species than is broadly assumed at present,” the writers continued.

Before this find, the earliest known amputation was believed to belong to a Neolithic farmer whose remains were found in what is now Buthiers-Boulancourt, France. The man’s left forearm was amputated and only partially healed.

Interested in reading more about history? Click here to learn about the surprising similarities between modern times and the middle ages.