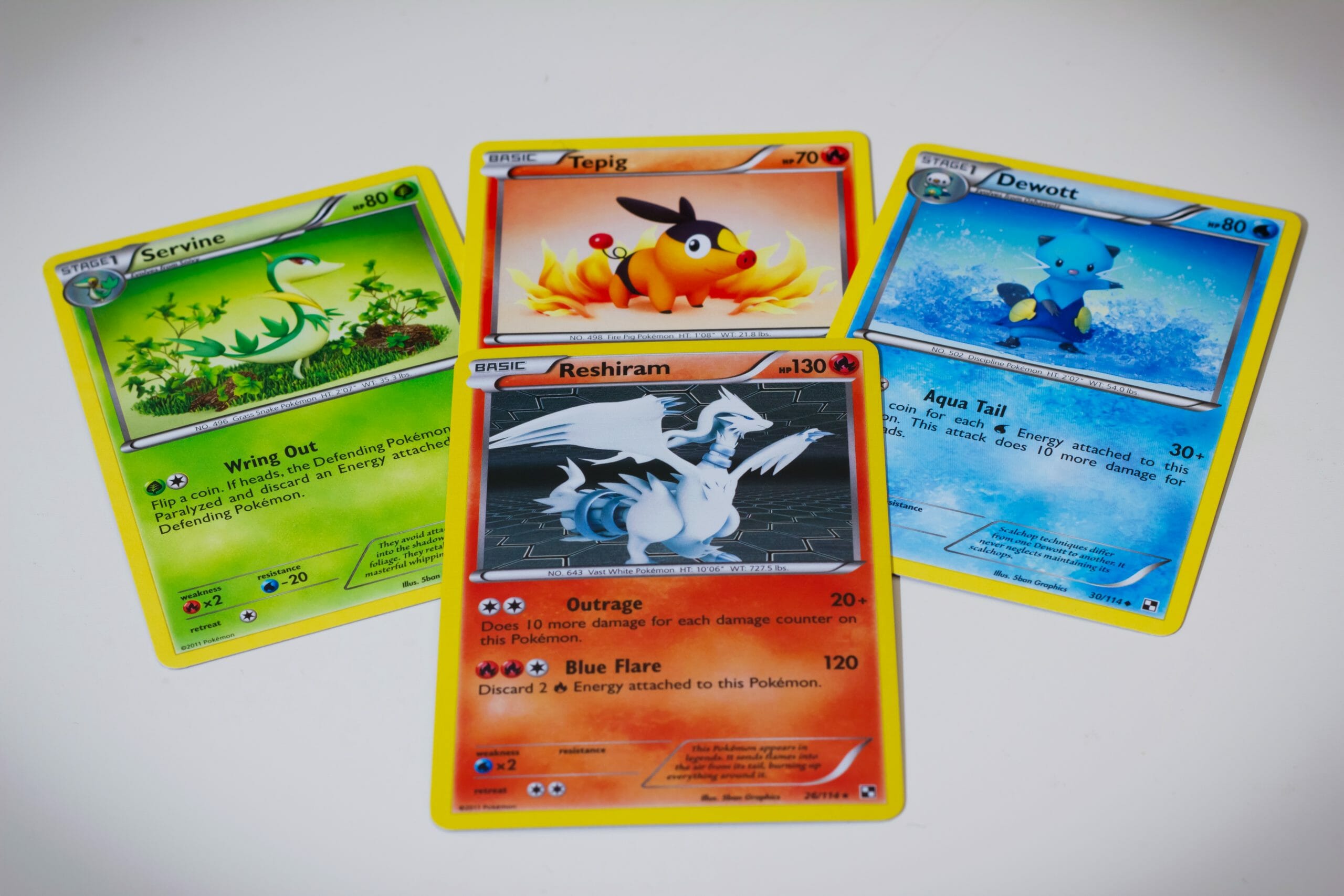 Large retail stores Walmart and Target have taken heat for refusing the sale of popular trading cards due to “ensure the safety of customers and staff” while continuing to keep guns on shelves.

If you’ve ever been a child, which I reckon most people have, you’ll know how precious a commodity, trading cards can be. Match Attax, Doctor Who cards, Yu-Gi-Oh! Cards, you name it. Your deck would be the mark of whether you were the coolest kid in school or some friendless dweeb that nobody likes and people start rumours about you having an outie belly button. It could get pretty savage.

Chief among the trading card craze and the most well-known of the bunch is Pokemon Cards. Universally beloved and occupying practically every corner of the known world; you’ll know how fanatic people (fully grown adults included) can get over these 2”x3” pieces of card, especially if it has a glossy finish (what they refer to in the biz as a ‘shiny’). For many of us, the craze got so out of hand that teachers had to ban them in schools, and then you’d have to set up an underground trading network like an old-timey speakeasy and a transatlantic accent.

Well, this epidemic may be hitting stores near you. For those living in North America, a select number of the supermarkets’ Target and Walmart have seen bans on the selling of the popular trading card ‘To ensure the safety of our guests and team members…’ leading fans stunned and bewildered.

Pokemon cards are not the only trading card to be removed from shelves, also going for MLB, NFL, NBA trading cards.

Target is no longer selling Pokémon cards in stores “to ensure the safety of our guests and team members.” pic.twitter.com/lpV0pyw8oA

This action was taken in response to a scalping problem facing the buying and selling of trading cards and other desirable products such as Playstation 5s. In essence, scalping is where you buy large quantities of a particular product creating scarcity and reselling them at a price far high than their original retail value. There have been reports of violence as a result of this, with even guns involved at times as people attempt to steal said items. understandably, measures need and have been taken in order to combat this serious issue.

But, where are the perpetrators of this violence acquiring the guns in question? Well, thankfully for them they need only visit your local Walmart and go to the gun section, before pulling it on one of the employees and robbing the place. Little Ironic right. Many people, notably a high-profile IGN contributor pointed out this very irony in a recent tweet.

You can still buy guns at Walmart. https://t.co/DzLnCRGkVG

Issues surrounding gun control and gun violence in America, especially in regard to the slew of school shootings that happens every year as a result of access to legal firearms, have been in the news cycle for years now.

Many have suggested that the gun violence experienced at these large stores could be curbed if people had less access to firearms I.e. removing them from stores.

Thankfully this has sparked greater conversations surrounding the issue. It is obvious that action needs to be taken, and that the issue of scalping is a serious one. Whether Walmart and other large stores will return to selling the aforementioned trading cards is unknown at this point. Moreover, whether these companies will address the ease and accessibility of purchasing firearms also remains to be seen. But as a UK citizen with a wholesale ban on firearms and strict gun control, it seems absurd to carry on this way.