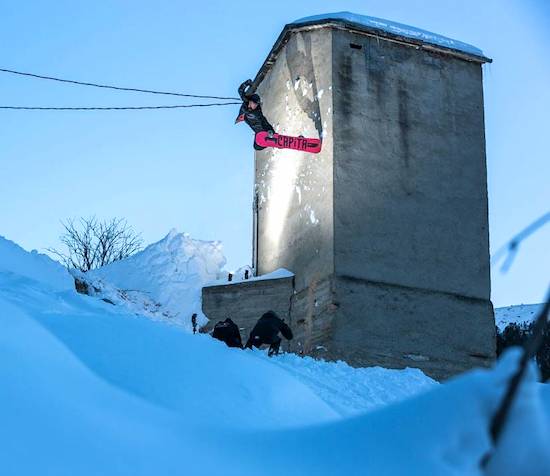 Releasing video compilations is a common practice among extreme sports professionals and enthusiasts. I previously covered two such videos from pro surfers for this website. However, one group of Australian snowboarders is a bit more ambitious. Rusty Toothbrush recently dropped a trailer on YouTube for #DutyFreeCorruption, which they are promoting as a full-on movie.

Who is Rusty Toothbrush?

Rusty Toothbrush refers to itself as “a collaboration of Professional snowboarders, filmers, photog’s, groupies and flossers.” Their mission: “to make magic things happen in mystical places.” The start dates of their Facebook and Instagram pages indicate the group has been around since at least August 2013. In the four years since, members have come and gone, but the group gained sponsorships and followers.The group joined YouTube more recently, in February 2016.

Going off of the trailer alone, the movie will feature plenty of sick snowboarding stunts. Jordan John “JJ” Rayward, Peppino Stewart, Jack Errichiello, Tyler Chorlton, Mahi Mains, Lou Macias, and Victor Loron are all featured. They will slide the slopes of Gulmarg, India; party at the Llop Gris hotel in Soldeau, Andorra; and tackle California’s mountains. Llop Gris sponsors them, as well as outerwear brand Horsefeathers, sporting goods company Electric, and snowboarding gear retailers Technine and Fyve. There will be action, tricks, excessive drinking, smoking (of what, I wonder?), cop trouble, and some hilarious faceplants and flops.

#DutyFreeCorruption will actually be the second Rusty Toothbrush movie. Their first one, A Not So Fairy Tale, came out last December and revealed their ambition. It clocks in at seventeen minutes, far longer than ordinary snowboarding edits. The editing is complex and inventive. Its title stems from a frame narrative, giving the compilation an actual plot (at least for the first few minutes).

Of course, a stylish snowboarding video is nothing without some actual snowboarding, and there’s plenty of that in the movie. A Not So Fairy Tale features exciting and tricky stunts from everyone involved, with scenes of debauchery and comedy mixed in. Those Rusty Toothbrush guys aren’t just skilled, they’re funny.

I spent quite a bit of space in this article described their first movie instead of discussing their upcoming one. I did this to give an idea of what the group’s style is like, and what #DutyFreeCorruption might be like. Rusty Toothbrush is doing some interesting stuff right now, and come December, we’ll see what they have next.