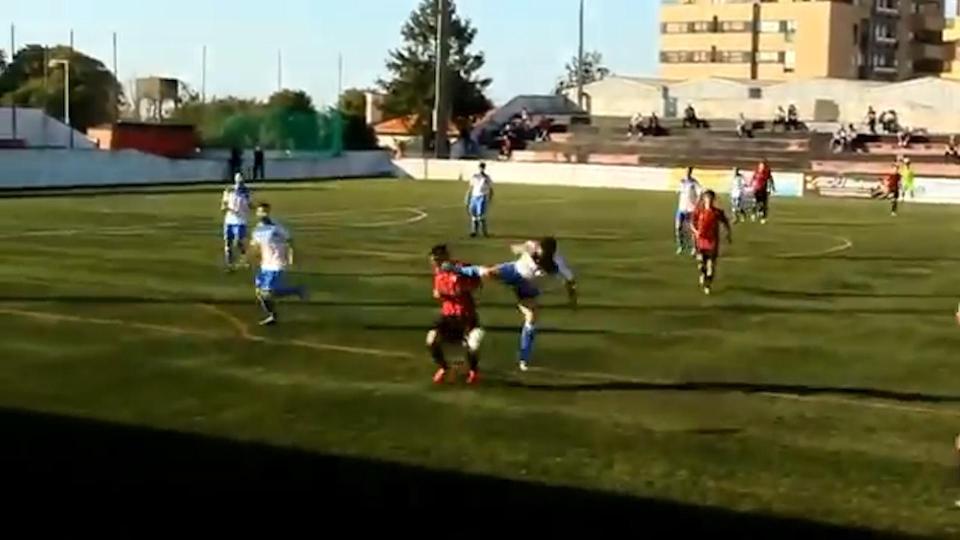 Canelas 2010: the most violent football team in the world – bar none. Based in Porto, Portugal, the amateur team have won 16 of 17 matches, namely due to the fact that 12 teams refused to play them at all, opting instead to pay a fine of 750 euros.

They’ve tackled, tripped, fly-kicked their way to victory. Even the referees sometimes aren’t safe. Considering this isn’t Calcio Fiorentino – an Italian variant of football in which violence is allowed – and is actually regular football, this is unbelievable. It’s not even subtle; these players are outright attacking their opponents and, frankly, the team should be disbanded immediately. What a bunch of dicks, to be honest.

For more on Calcio Fiorentino, the most violent form of football in the world, click here.