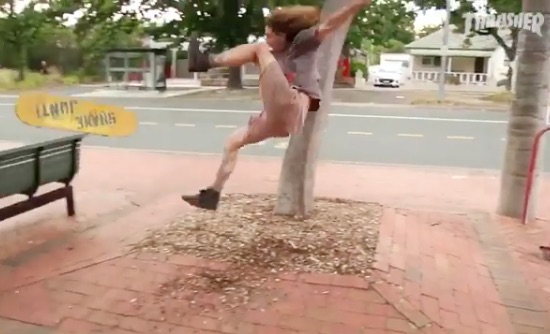 The difference between the pretender and the professional is great. One gets respect; the other, humiliation and, judging by this video, a fractured arse. To borrow a particularly apt Instagram comment left on the video, this ‘douche lord’ apparently fancies himself the next Tony Hawk, only to fuck up horrendously and then be shamed further by a real pro skateboarder.

I would have given him props for trying had he not been a blatant tosser. Oh, well, at least the day that he was put in his place by a public bench has been immortalised on the internet. That’ll teach him. Back to the skate park with you, you’re not ready. Or, you know, just stop.

Just to make this guy feel even better (by which I mean worse), here’s a video of an eight-year-old skateboarding prodigy absolutely killing it. Enjoy.