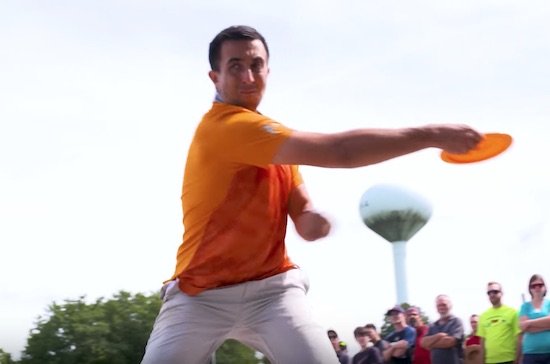 In the world of sports, it isn’t uncommon to read stories about perfect games. We hear all about no-hitters or someone bowling a perfect 300 score, but we don’t hear about the near-perfect games nearly as much as we should. And this disc golfer has the perfect video to capture his near-perfect game.

We’ve all had days that make us want to scream at the guy next to us in traffic, or beat a coworker senseless — maybe several coworkers, depending on where you work. Disc golfer Paul Mcbeth recently had the professional athlete’s version of one of those days. Here we have one of Mcbeth’s recent games, in which he achieves an almost perfect score, only to have it taken away from him at the last second. In the video below, you can see him just barely miss his target, as the disc gets lodged between the wires of the basket, rather than going in. 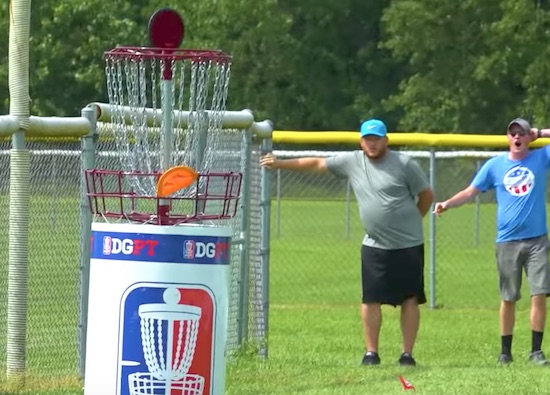 It’s like the video equivalent of that picture of the slice of pizza faced down on the ground. As a rule, the disc must go over the rim of the basket in order for the points to count. So even though the disc made it partially into the basket, it doesn’t count anymore than a basketball getting wedged between the rim and the backboard.

Though to be honest, the image of Mcbeth, at the end, staring down at the disc stuck in the metal wire basket would make a great statue somewhere, as a statement on perseverance or something. At the very least, it could be made into one of those motivational posters with the words “Don’t Give Up” written underneath it in big white letters.

No matter how Mcbeth feels after that game, we can all agree that it’s probably still better than the girl in this video whose selfie cost her about $200,000.