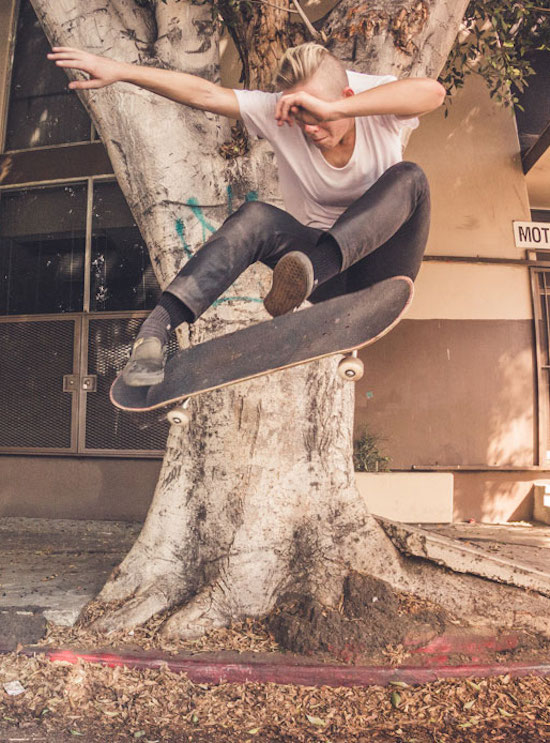 While skateboarding has largely been deemed a male-dominated sport, Lacey Baker is here to prove that is just not true.

In a new video released by Thrasher Magazine, the professional female skateboarder took to the streets to show off her skills. Baker, who is twenty-five years old, is originally from Covina, California. The video is appropriately titled “My World” illustrating a world in which girls are just as talented as guys at skating. In this mesmerizingly entertaining four-minute video Baker is featured maneuvering, flipping, and gliding her way effortlessly around the urban landscape.