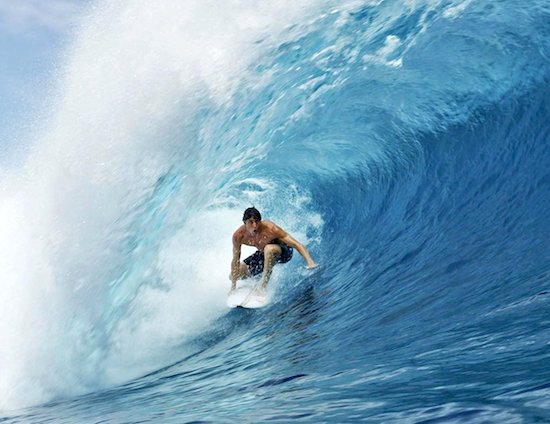 Not all the pros had made the treck to the South Pacific when a perfect, pumping swell came pouring across Cloudbreak, but Mick Fanning and Leo Fioravanti had, and they were quick to put on a show for the crowd in the line up. Luckily for us, filmers Jacob Vanderwork and Pat Stacy were there too, teaming up to document all the action.

Over the years it seems that Red Bull athletes consistently push the boundaries further than anyone else in the action sports community ever have.

The waves in Fiji during Cloudbreak tend to “go bonkers,” and Mick Fanning & Leo Fioravanti made sure to put on a surfing clinic, absolutely tearing up the enormous Fijian swells with the world’s best looking on.

Mick & Leo made easy work of the tumultuously pumping Fijian swells. The misty and mountainous waves look so beautifully dark blue in the foreground 0f the overcast grey skies, with eventual beams of sunlight peeking through the clouds and reflecting off the massive blueish-green barrels.

The boys absolutely killed it, and their raw talent is why Red Bull athletes are at the top of the game right now.