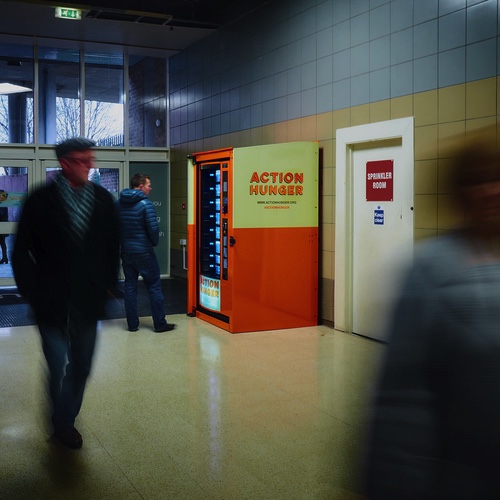 A charity is developing vending machines that will actually dispense free food and clothes to homeless people.

Don’t worry, this isn’t a Black Mirror-Esque lamentation of the ways in which technology is destroying our society. In fact, this is a fairly optimistic story about an actually good-hearted use of technology. Action Hunger is a nonprofit UK-based charity headed by Ph.D. student Huzaifah Khaled, and this charity aims to install vending machines designed for the purpose of dispensing food and clothes for the homeless.

“The immediate benefit of our vending machines is that they satiate hunger and provide nourishment to the most vulnerable members of society.

They permit access to food and clothing free of charge at any hour – without requiring anyone to be left without aid outside the operating hours of the various charities and shelters that are available.”

If this is a reality, this could be a really good alternative to soup kitchens as they’ll be around 24/7 and don’t require constant supervision, just a group of volunteers. Now, this may not provide the same sense of empathy and connection that can be found within one-on-one care but does still provide a necessary function that could really help homeless people.

The plan is, these vending machines will contain food like sandwiches, fresh fruit, clean clothes, and various hygiene products that can be accessed with a card. This card will be obtained from a local shelter and can only be used three times a day. Checking in every single week at an organization that is partnered with the charity will ensure that the person using it really is in need so this system doesn’t end up getting exploited.

Khaled has stated that this isn’t supposed to be a system that homeless people become “dependent” on nor will it deal with the root causes of homelessness, but it is at the very least an aid. And hey, the first vending machine was already been installed in Nottingham back in December, and more are hoping to come. Take a look at how it works:

If you thought this was heartwarming, take a look at Eminem doing some charity work of his own.