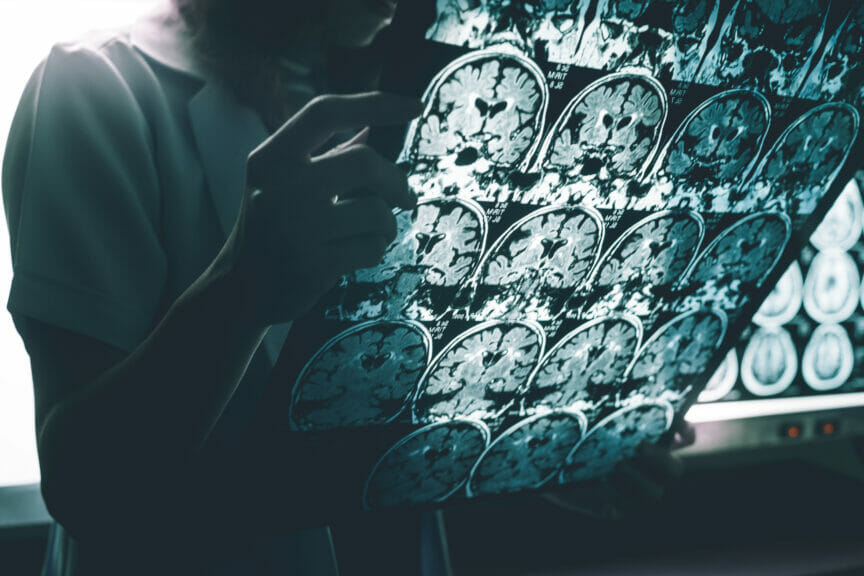 Lecanemab is the newest drug released to successfully slow the degeneration of the brain that causes Alzheimer’s.

Alzheimer’s is a life-altering condition that involves the degeneration of the brain’s neurons, causing the individual to slowly lose cognitive memory. There are an estimated 55 million people in the world currently suffering from Alzheimer’s, and researchers expect that number to exceed 139 million by 2050. So far, it has been a mystery for many researchers as years of research have still been unable to understand why it occurs, and therefore, how to prevent it.

However recently, there has been a momentous breakthrough. The discovery of the first drug that can slow down the degenerative processes of Alzheimer’s. The drug, Lecanemab, is a scientifically engineered antibody that functions to clear amyloid from the patient’s brain. Amyloid is crucial in the process of dementia and brain degeneration because it is a protein that clumps together and forms plaques between neurons in the brain. Once these plaques form, they are quickly recognized by doctors and scientists as the first steps of the processes of dementia.

Lecanemab is a revolutionary discovery, but only the hopeful beginning of what new Alzeihemer therapies are now possible. That is because it has a relatively small potential of actually saving people’s lives as it only works if the plaques are spotted in their uttermost beginning stages. It takes a lot of luck for people to identify these at their beginning stages because the first signs of dementia are very subtle before it quickly becomes too late.

However, Alzheimer’s Research UK still hails the discovery of Lecanemab as “momentous” and the start of a new era of success.

This first positive response to a drug to treat Alzheimer’s is so grand because, in fact, there has been a long history of repetitive failures so far. The only way to treat patients with Alzheimer’s was through the use of substitute drugs that made the symptoms easier to deal with on a day-to-day basis but did nothing to alter or slow the course of the degenerative disease.

Lecanemab underwent a large-scale test and trial period before the news was released. There were 1,795 volunteers that have been diagnosed with early-stage Alzheimer’s that took part, and they were given dosages of Lecanemab once every two weeks.

The test results were published in the New England Journal of Medicine, claiming that although it did not miraculously rid the patients of their Alzheimer’s and the degeneration continued, it did show significant delays in the speed of degeneration. The decline apparently slowed down by almost 25% over the 18-month testing period.

However, there were some negative side effects that have so far fuelled a debate amongst researchers if this drug really is the miracle we have been waiting for. The rate of deceleration for the degeneration is relatively small, compared to the risks of brain bleeds (17% of participants suffered this), and brain swelling (13% of participants suffered this). There was a fall-out of 7% of participants that ended the drug trials early because of these unsettling symptoms. Additionally, there is doubt about what will occur after the 18-month trial period to the patients, because it is widely known that a patient can comfortably and independently live with Alzheimer’s for the first 6 years of brain degeneration until it becomes a severe cognitive impairment. Even if the degeneration slows the process by a quarter of the time, it is still uncertain if this is effective for all. Additionally, if the drug is processed and approved, it is only effective in the very early stages of Alzheimer’s and that would mean more effective testing of the patient’s in medical centers to be able to identify the disease early to be able to successfully prescribe the drug. To do such early on-set testing requires a large recalibration of material and resources and test availability for patients of public health care.

The drug is currently being assessed further to ensure it can be used on a widespread basis. Eisai and Biogen, the pharmaceutical companies responsible for developing Lecanemab are hopeful that the approval processes can also begin next year for countries beyond the United States.

If maybe the drug, due to the current side effects and the bureaucratic procedures of making it widely available for healthcare organizations, does not become available within the next year, it still brings hope for a new generation of researchers to get closer to the cure for Alzheimer’s disease.

Read more here about the future of medicine and what’s in store.